Coach Mike Reyes promised a title for SWU in three years. He delivered 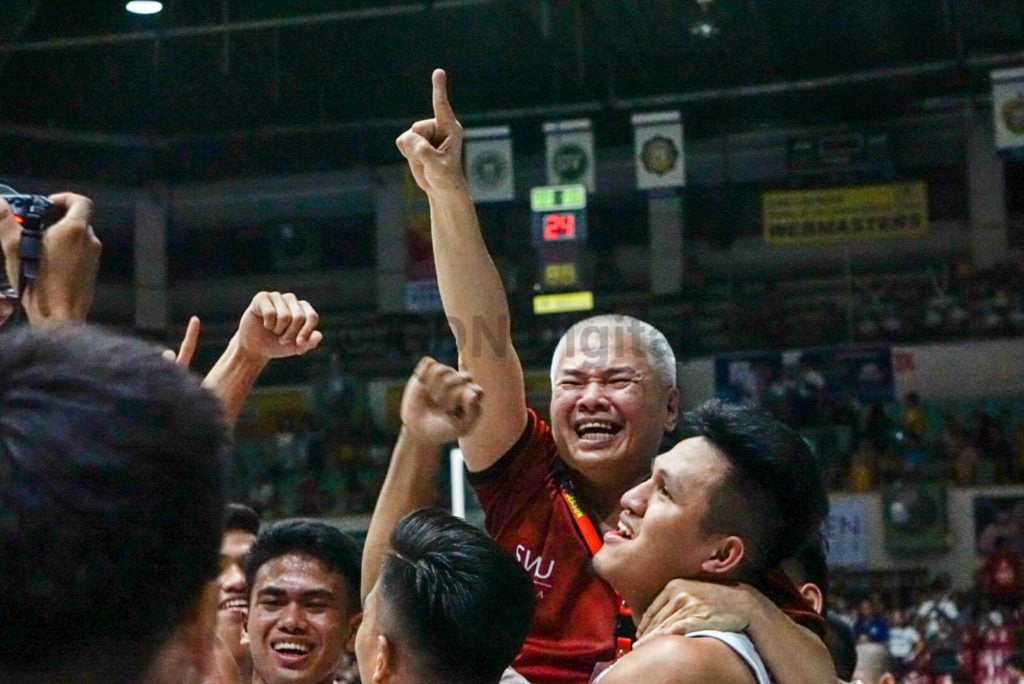 Cebu City, Philippines—When Mike Reyes took over the coaching chores for Southwestern University (SWU)-Phinma in 2017, he set a target.

“I told sir Gilbert Braganza (SWU-Phinma vice president for student life), give me three years and we’ll give you the championship,” he said.

Reyes did exactly just that.

The Cobras ended a five-year title drought in the league after defeating and dethroning the University of the Visayas (UV) Green Lancers via a 64-60 victory in Game 3 of the best-of-three finals on Friday, November 22, 2019.

And Reyes didn’t just deliver on his promise, he and his team did it in style, overcoming a huge rally by the defending champion and having to duke it out in the final minute before escaping with the win.

SWU was up by 18 points at one point in Game 3 but UV, showing the heart of champion, came roaring back in the second half and even took a 46-44 lead going into the final canto.

But SWU-Phinma stayed composed, matched UV basket per basket down the stretch and pulled off what others may have not been able to do against a top caliber team like the Green Lancers: hold on to the victory.

How did the Cobras achieve that? They came prepared.

LIVE: The celebration begins as the Southwestern University-Phinma wins the 2019 Cesafi men’s basketball crown at the Cebu Coliseum. #CDNDigitalRead more about it here: https://cebudailynews.inquirer.net/271633/swu-phinma-dethrones-uv?fbclid=IwAR3D3vy4A6QkMZ3viHYdO5pcR5VLxopHXVxXKvv8QdZuDPZboDnCcrsUZ5E

Reyes knows how to handle adversity. His brother, former national coach Chot Reyes, could attest to that.

“No one, I mean NO ONE I know has gone thru more adversity in his and his family’s life more than Mike,” Chot said in a Facebook post shortly after the Friday night game.

The post came with CDN Digital’s photo of Mike celebrating the win. 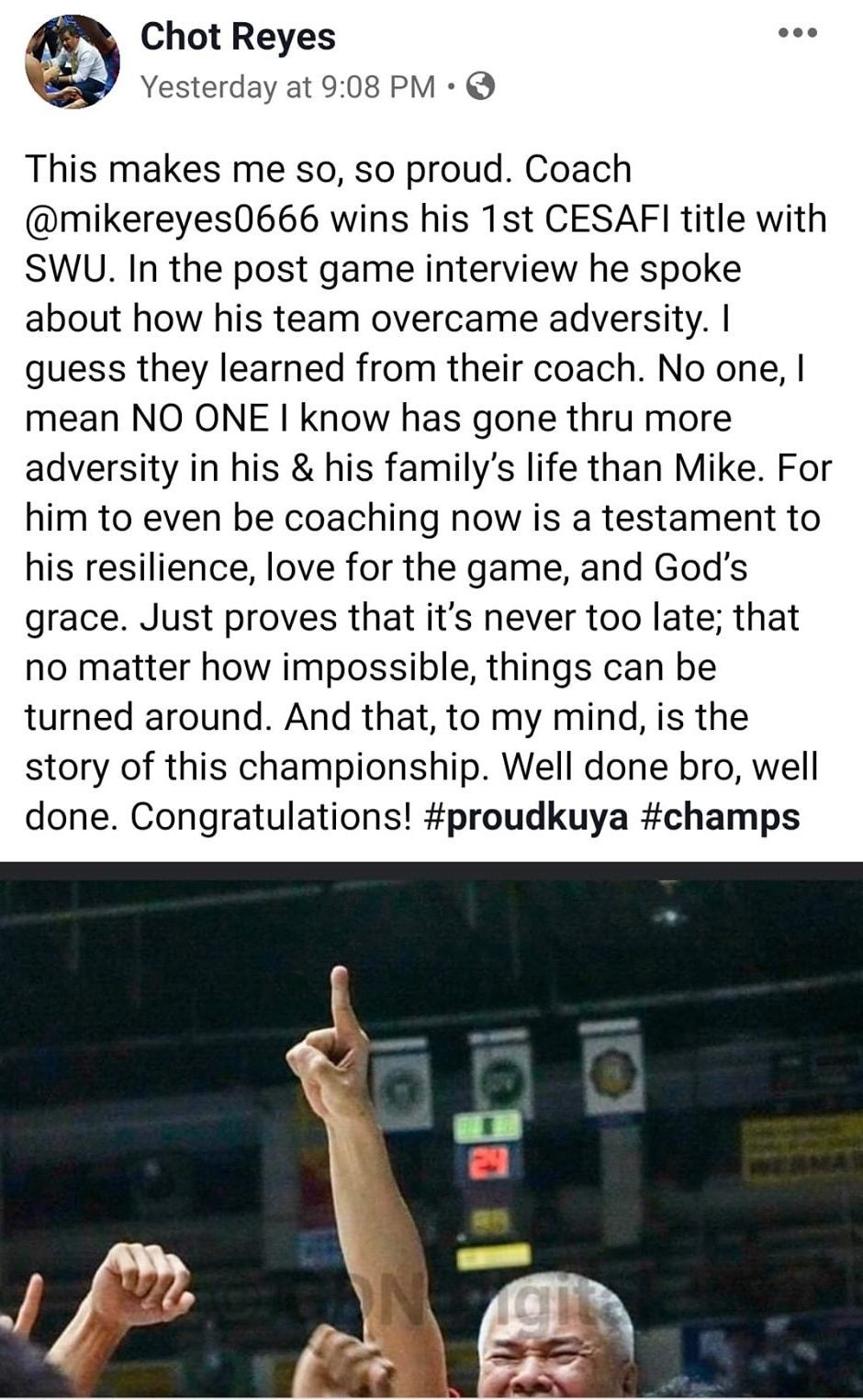 “For him to even be coaching now is a testament to his resilience, love for the game, and God’s grace. Just proves that it’s never too late; that no matter how impossible, things can be turned around. And that, to my mind, is the story of this championship,” Chot added.

This is not the first time, though, that SWU-Phinma defeated UV in the finals this year.

In the preseason Partner’s Cup last summer, SWU, downed the Green Lancers in straight games to win the title.

It could have been a sign of good things to come for the team back then.

But the Cobras didn’t quite have an easy time bagging the title this time around.

“Maybe in Game 2 we were too tight,” said season MVP Sir Shaquille Imperial of SWU-Phinma, who was one of four players in double figures in Game 3 with 13 points. “Coach told us to just relax because everything will follow.”

Amazingly, SWU-Phinma didn’t have to bank on its import too much in Game 3.

He did play decoy but the locals really stepped up to the challenge, particularly Red Cachuela, who topscored for the team with 14 points.

Gerald Fernandez, Dyll Roncal and Will Polican also sank crucial freethrows in the final two minutes that paved the way for the victory.

Roncal finished with 13 while Polican, the team captain, added 11.

“I’m so proud of my teammates. They really worked hard for this,” Polican said.

Reyes, too, was proud of what his players have achieved this season.

Asked what characteristics his players have that led to this success, Reyes answered “[It’s the] fear of God and discipline that they all acquired through the months of training and through the years of playing.” / dcb