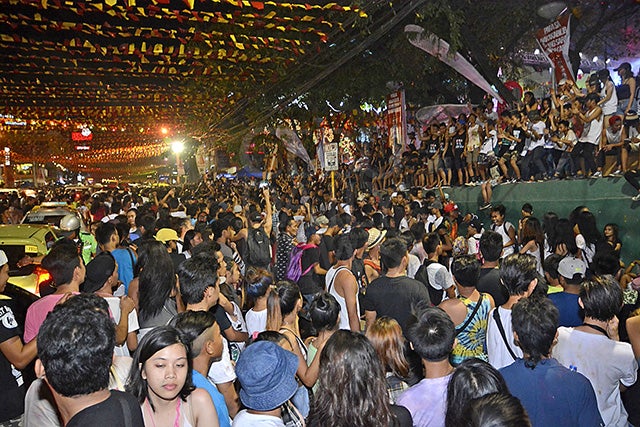 Police Colonel Geovanie Maines, CCPO officer-in-charge, who is also a members of the Sinulog Task Force, told reporters in a press briefing on November 26 that in the initial schedule of activities presented, it always ended up with street parties.

Maines said they requested these to be removed or rescheduled on days where there would be no big events on the next day.

Maines said that the recommendation, however, would still have to be approved by the Sinulog board, but he said that they were hoping the suggestion would be considered.

He said that even if the street parties would be transferred outside Cebu City, they would still suggest that these parties would not be held on days of church events.

Maines also said that starting December 1, 2019, they would be asking for augmentation of additional men for the Sinulog event as part of their own preparation to be on full force to secure these event areas./dbs