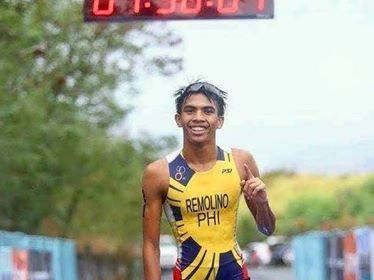 MANILA, Philippines – Six Cebuano athletes will start their quest for the gold medal in their respective events as the hostilities of the 30th Southeast Asian Games (SEAG) officially begin on Sunday, December 1, 2019.

They are Andrew Kim Remolino for triathlon, the pair of Wilbert Aunzo and Pearl Marie Cañeda for dancesports, Dexler Bolambao for arnis, John Fabuar Ceniza for weightlifting and Niño Surban for cycling.

Triathlete Remolino has the chance to hand not only Cebu but also the Philippines its first gold medal as the triathlon men’s category kicks off at 6 a.m. at the Subic Bay Boardwalk in Zambales.

In Pampanga, particularly at the Royce Hotel at the Clark Freeport, Aunzo and Cañeda hope to dance their way to gold as they represent the Philippines in the Latin event.

Still in Pampanga, stickfighter Bolambao will begin his campaign to rule the 50-kilogram full contact live stick action at the Angeles University Foundation.

In Metro Manila, at the Ninoy Aquino Stadium, weightlifter Ceniza will be vying to dominate in the 55-kilogram.

Surban, who will be competing in his fifth SEAG, will vie for that elusive gold in the cross country mountainbike in Batangas.

Although the hostilities are yet to officially begin on Sunday after the Saturday night opening ceremonies, some team events have already started their competition such as the water polo, polo, beach volleyball, and football./elb

Read Next
Signal No. 1 up in Samar areas as Tisoy enters PAR