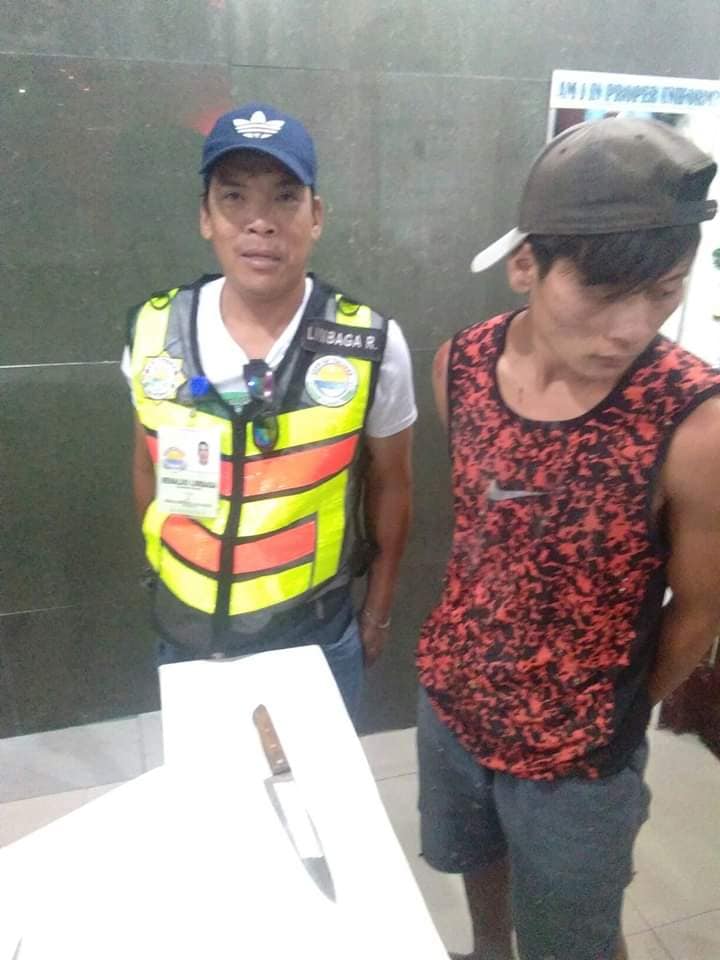 CEBU CITY, Philippines — Gerald Bangcat, 23, landed in jail after he allegedly stabbed his drinking buddy Saturday night, November 30, 2019, for not returning the change of the P500 bill which he gave to buy liquor and for allegedly stealing a tricycle which he used to flee from the crime scene in Barangay Poblacion, Talisay City.

Patrolman Ariel Balde said that Bangcat is now detained at the Talisay City Police Station’s detention facility while they prepare for the filing of frustrated murder and robbery complaints against him in Monday, Dec. 2.

Balde said that Bangcat was drinking liquor with Gilbert Miculab, 27, outside of the victims residence in Sitio Uldog in Barangay Poblacion past 8 p.m. on Saturday, but he got mad after the latter failed to return the change of the P500 bill which he gave to buy their drink. Both men are neighbors in Barangay Poblacion.

Miculab reasoned that the change was with their other companion, who already left for home. The three had been drinking since 6 p.m. on Saturday. But Bangcat did not listen to Miculab’s reason, Balde said.

Bangcat reportedly brought out a knife which he kept tucked on the waistline of his short pants and stabbed Miculab hitting the latter on the right side of his neck.

Miculab was brought to the Talisay City District Hospital for the treatment of his wound. He was lucky to have sustained only a minor cut on his neck.

Balde said that after the stabbing incident, Bangcat walked to the direction of the neighboring barangay of Dumlog, where he later on took the tricycle that was driven by Romulo Mag-aso, 50.

Mag-aso, who parked his unit on the roadside of Barangay Dumlog, was already planning to go home to Barangay San Roque then.

Balde said Bangcat pointed a knife at Mag-aso and asked him to disembarked from his motorcycle.

Mag-aso fled and sought help from bystanders and enforcers of the City of Talisay-Traffic Operations Development Authority (CT-TODA), whom he found in the area.

Balde said that Bangcat was already driving Mag-aso’s motorcycle towards the direction of Barangay San Roque when he suddenly crashed into the gate of a fenced lot after around 50 meters of travel.  It was then that responding CT-TODA enforcers and bystanders arrested the suspect. / dcb

Read Next
Chicano, Remolino take gold, silver in SEAG triathlon event in a 1-2 win for PH