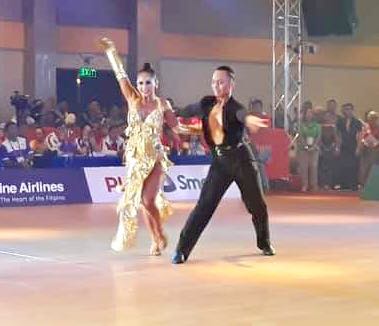 The pair dominated the Cha-cha, Samba and Rumba in the Latin category of the 30th Southeast Asian Games.

They are the third and fourth Cebuanos who handed Cebu medals on the first day of competition.

Read Next
Metro, northern Cebu under Signal No. 1; Tisoy to draw nearest to Cebu on Monday afternoon