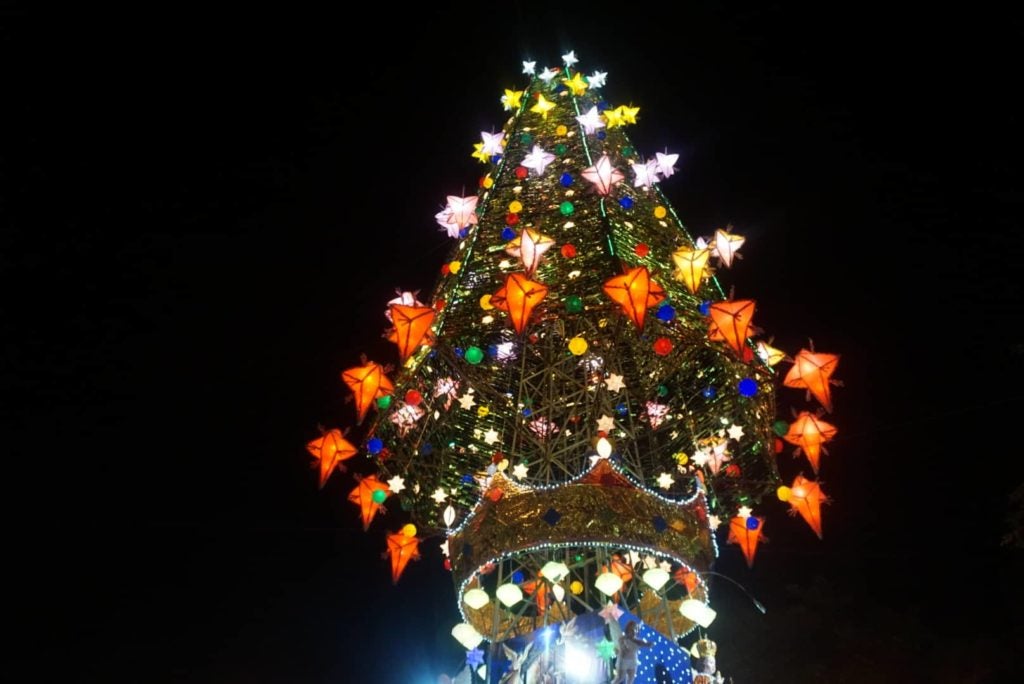 The 30-foot Christmas tree at Fuente Osmeña is a prayer of hope and a better year for Cebu City. | Gerard Francisco

CEBU CITY, Philippines — The Fuente Christmas tree, which stood for the last 19 Christmases in the heart of the city, symbolizes the prayer of Cebuanos for a better year.

Rama, who led the tree lighting ceremony on behalf of Mayor Edgardo Labella, who was not feeling well.

He said that every Christmas, the tree stood as a beacon of hope and prayer to the Señor Santo Niño to protect Cebu.

“Let the tree be a reminder to every Cebuano of the Santo Niño, the baby Jesus. This reminds us that after Christmas, there is Sinulog, and after Sinulog there is Buhing Kalbaryo (The Passion of Christ),” said Rama.

Rama encouraged the Cebuanos to celebrate Christmas merrily and to visit the Fuente Christmas Tree, to be reminded of hope for a better 2020.

The tree was designed as a tower of Christmas lanterns standing on top of a crown with the Santo Niño at its bottom. 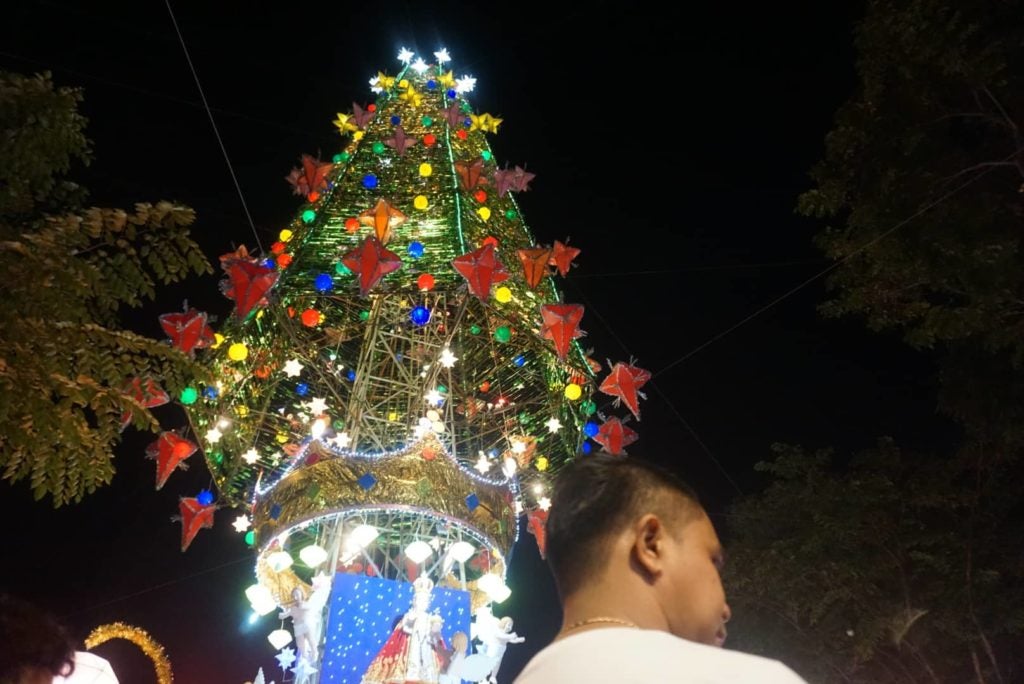 The Christmas tree is designed like a tower of lanterns with a Santo Niño image at its base. | Gerard Francisco

The lighting of the Christmas tree also meant that the workers who passionately built it can return to their families in Bais, Negros Oriental after months of separation to make the giant Christmas tree at Fuente Osmeña a reality.

And they endure the separation and return each year to build it because they claim it is their prayer and devotion to the Holy Child.

Meanwhile, the Cebu City government has decided to limit the lighting time as a cost-cutting measure since the electric bill of the city recently reached P12 million.

Aside from the Christmas tree, food stalls and tiangges around the Fuente Osmeña Circle will also be open to the public for the duration of the Christmas Season until the end of the Sinulog celebration.

Dodong Nacio, 47, a spectator of the Christmas tree lighting said that he had been watching the lighting ceremony since it began in 2000.

He said the Fuente Osmeña Circle was a place their family had and would visit yearly, especially since his two children loved the bright lights.