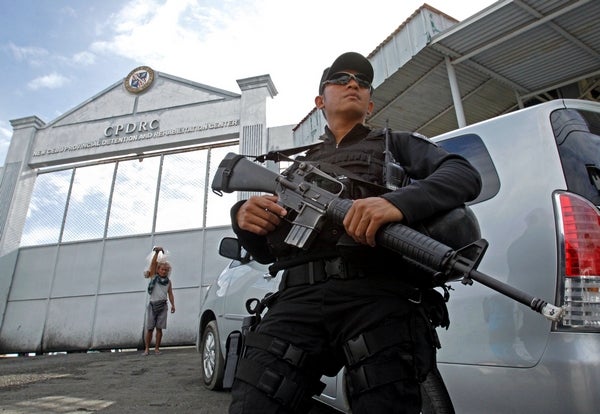 CEBU CITY, Philippines — The cease and desist order (CDO) against the wastewater discharge from the Cebu Provincial Detention and Rehabilitation Center (CPDRC) will remain without an effective pollution control program (PCP) for the penitentiary.

Lawyer Donato Villa, one of the legal officers of the Capitol, said he asked the Provincial Environment and Natural Resources Office (Penro) to develop a PCP in order to comply with the requirements set by the Environmental Management Bureau (EMB).

The Central Visayas Office of the EMB (EMB-7) issued a CDO last November 20 against the wastewater discharge of CPDRC after the agency discovered that the Capitol-run jail failed to meet environmental standards.

“I already referred this to Penro so that they will devise a pollution control program which we will submit to the EMB-7,” Villa told CDN Digital.

Villa said the PCP will include the regular dislodging of the septic tank chambers of the jail in order to meet the standards set by EMB-7.

Villa said regular dislodging is necessary to ensure that wastes from the jail will not be discharged to the Guadalupe River.

CPDRC and the BJMP-run Cebu City Jail became subject of complaints by Kalunasan residents because of the foul smell coming from their wastewater facilities since 2017.

As a long-term solution, Villa said he recommended that the CPDRC maintain a wastewater treatment facility.

Villa said the jail management can salvage its existing wastewater treatment facility which is currently non-operational.

Maintaining the facility, Villa said, is less expensive than the present dislodging practice.

(They supposedly have water treatment system but it’s not functioning. Perhaps they can ask for a budget in the future.)

In a separate interview, CPDRC Warden Reynaldo Valmoria said they are currently spending P3,000 per six cubic meters of waste hauled from their septic tank chambers.

Valmoria said the dislodging is being conducted at least thrice a week. / celr