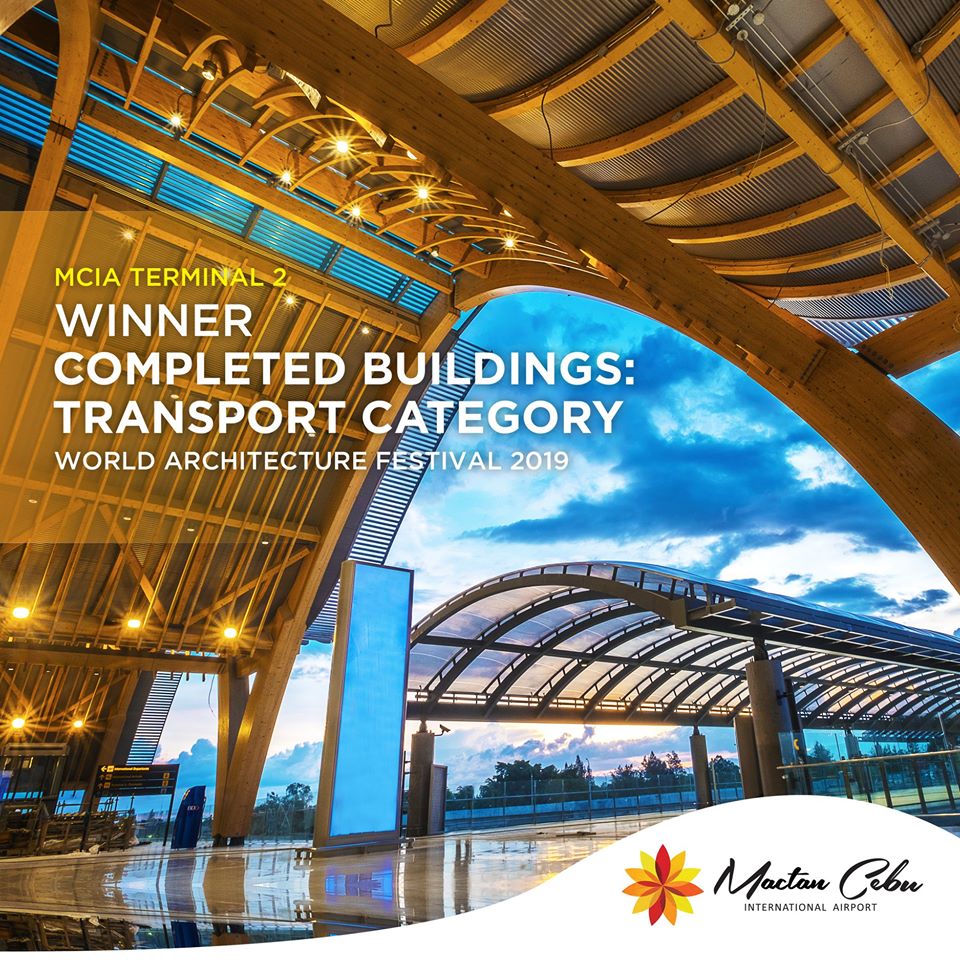 The announcement was posted on the WAF Facebook page.

T2’s exterior features several arches with a span of 30 meters.

These are made from glue-laminated timber and joined by thousands of smaller wooden ribs, forming a skeletal structure.

MCIA Terminal 2 bested Jewel Changi Airport in Singapore, which was designed by Safdie Architects, and six other shortlisted finalists.

The 12th edition of the World Architecture Festival is being held at Amsterdam, Netherlands from December 4-6, 20219.

MCIA T2, along with Incheon International Airport in South Korea, was also recognized during the International Architecture Awards early this year as the 2019 Awardee for Airports and Transportation Centers.

Last year, MCIA received three awards, including the Asia Pacific Medium Airport of the Year at the CAPA Aviation Awards for Excellence./elb