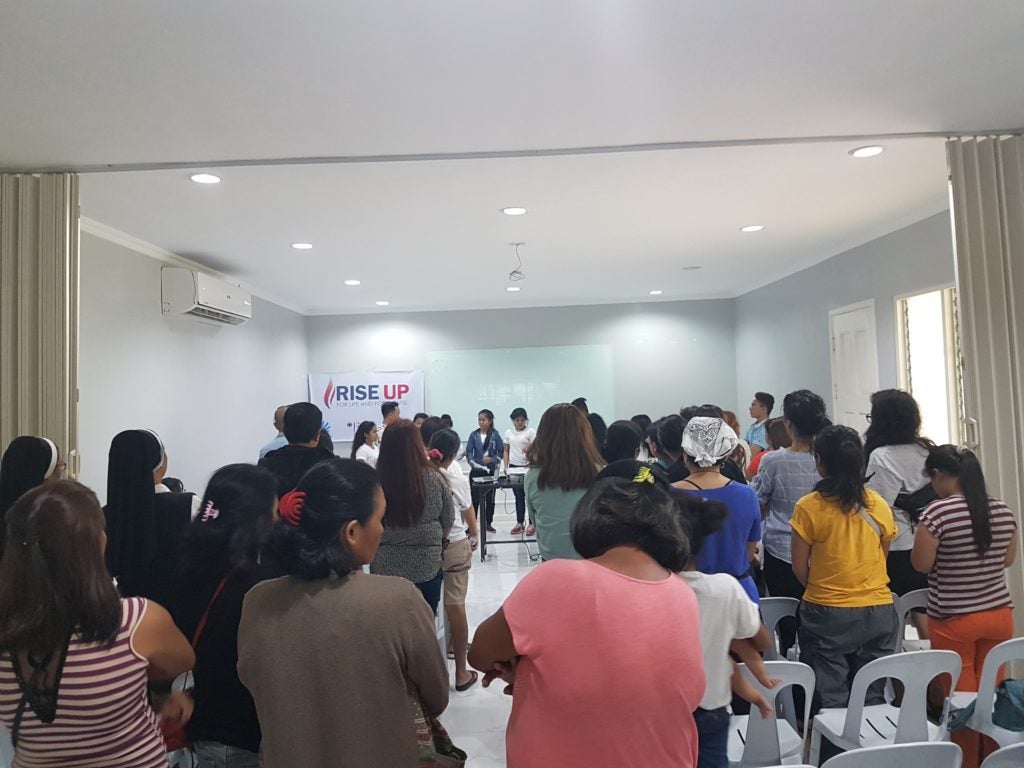 Cebuanos who lost relatives to the government’s anti-illegal drugs war campaign gathered at the Social Action Center Conference Hall of the Redemptorist Church in Cebu City earlier today, December 9, 2019, to seek justice for their deaths. | Alven Marie A. Timtim

CEBU CITY, Philippines — A non-government organization is offering its assistance to individuals who lost their family members to the government’s anti-drugs war.

Rise Up – Cebu provides counselling to help some Cebuanos overcome the tragedy caused by the death of their kins, says Xavier Anthony Lepiten.

Lepiten, Rise Up – Cebu coordinator, said they also work with some volunteers, who come from religious groups and other sectors, in providing legal aid to those who wanted to seek justice for the death of their family members.

He said that Cebu is one of the localities in the country with the most numbers of recorded drug-related killings.

Quoting a study by the Ateneo Policy Center of the Ateneo de Manila University, Lepiten said that at least 524 individuals had been killed in Cebu from May 2016 to December 2018.

(These are not just facts, figures that we will merely look at, but we also have do something to seek justice for these deaths.)

Killings, he said, have even started to become a cause for alarm for religious leaders here.

Lepiten said they decided to public launch their group on Monday, December 9, to disseminate information on their existence. Rise Up – Cebu was created in April yet, but they decided to go public only this month.

Their public launch started with a Holy Mass this morning which was followed by a gathering of their volunteers and the families that they are helping at the Social Action Center Conference Hall of the Redemptorist Church in Cebu City.

Lepiten said that in the coming days, Rise Up – Cebu will be organizing a series of activities to help their supported families “heal.”  This include the conduct of sessions where they are allowed to talk of their struggles and the tragedy which hit their respective families to help in their recovery.

They also hold education sessions with volunteers to determine their legal options.

Lepiten is asking other Cebuanos, who are in need of help, to join their cause and make a stand against drug-related killings. / dcb

Read Next
Gwen: Election postponement to provide continuity of service