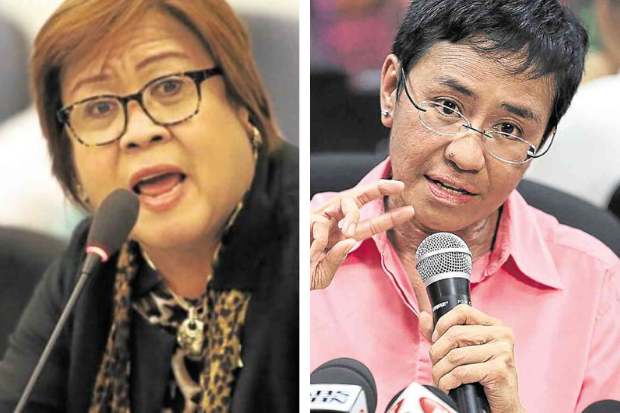 MANILA, Philippines — A US Senate panel has approved a resolution urging the Philippine government to free detained Senator Leila de Lima and drop all charges against Rappler CEO Maria Ressa.

US Senator Ed Markey, who filed Senate Resolution No. 142 together with four other lawmakers, said the passage of the resolution “demonstrates broad support for accountability” in De Lima’s case.

For over 1,000 days now, @SenLeiladeLima has languished in prison. Her crime: standing for human rights and good governance in the Philippines. Today’s passage of my resolution out of @SenateForeign demonstrates broad support for accountability in her case and with others. https://t.co/qi4LrQDdfs

“For over 1,000 days now, (Senator De Lima) has languished in prison. Her crime: standing for human rights and good governance in the Philippines,” Markey said over Twitter on Thursday.

The resolution, which was passed by the US Senate’s foreign relations committee, condemned the Philippine government “for its continued detention”
of Senator Leila De Lima as it called for “her immediate release.”

It further condemned the “harassment, arrest, and unjustified judicial proceedings against the media and journalists, in particular, the proceeding against Rappler and Maria Ressa.”

The resolution said De Lima had been detained “solely on account of her political views and the legitimate exercise of her freedom of expression.”

De Lima, a staunch critic of the Duterte administration, has been in detention inside Camp Crame – headquarters of the Philippine National Police – since February 2017 on drug charges, which the lady senator has repeatedly denied and branded as “trumped-up.”

Aside from the dropping of charges against the senator, the resolution also called on the Philippine government to “remove restrictions on her personal and work conditions, and allow her to fully discharge her legislative mandate, especially as Chair of the Committee on Social Justice.”

It further urged the Philippine government “to recognize the importance of human rights defenders and their work and allow them to operate freely without fear of reprisal and… to guarantee the right to the freedom of the press, and to drop all the charges against Maria Ressa and Rappler.”