The essence of pageantry 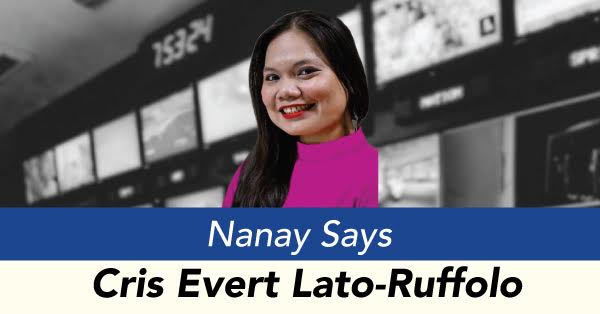 Let us talk about beauty pageants and what it means to young women in this modern world.

When it is Miss Universe season, I drop off everything to focus on the competition. It has been the case since 1994 when Sushmita Sen of India won the crown here in the Philippines.

I was eight years old. It was not the gowns and the swimsuits that mesmerized me; it was the question and answer round that made me stare at the television.

Every time Sushmita answered a question, I would place my two hands on my chest and sigh. Oh, how wonderful it will be when I can speak with depth and intelligence when I reach her age.

Since then, I have been a follower of Miss Universe. I became a fan, too, making sure that I am in front of the television when the competition is on.

This is how I nurtured my love for extemporaneous speaking. I listed down the Miss Universe questions, wrote them down in sheets of paper, and rolled them before I placed them inside a clear glass. Alone, I would pick one sheet of paper after another and answer them. I faced the mirror and give myself 30 seconds to one minute to answer the question.

“What is the essence of a woman?” was my favorite question for a long time and I had my answer figured out down to the number of pauses. This is the question that was asked of Sushmita in the 1994 pageant.

It has proven to be an effective exercise especially in high school when my face was covered in acne and I had insecurities about being a girl hailing from a small village in Merida, Leyte but studying in what I regarded then as Ormoc, the city.

I learned to speak with confidence that way. I learned how to improve English and look up words in the dictionary. It was also the reason why I got addicted to learning languages. I remember how wonderful it was to hear the Latin beauty queens speak in Spanish and how many times I wished that I understood what they said. “Someday, I’ll understand them,” I thought.

When Lara Dutta of India competed in Miss Universe 2000 with a protest happening outside the venue in Nicosia, Cyprus because they believe that the competition is disrespectful of women, my hero answered the question with eloquence and finality.

The question was: “Right now, there’s a protest going on right outside here calling the Miss Universe pageant disrespectful to women. Convince them that they are wrong.”

She began by saying, “I think pageants…” taking the microphone from the host and then continued on with her answer.

“I think pageants, like the Miss Universe pageant, gives us young women a platform to foray into the fields that we want to and forge ahead. Be it entrepreneurship, be it in the armed forces, be it politics. It gives us a platform to voice our choices and opinions and makes us strong and independent that we are today.”

I was 14 years old and I saw in her a confident and intelligent woman, the kind of woman that I wished myself to be.

I have looked up to the candidates from India when it comes to speaking my mind and standing up for what I believe in. In 1994, both Sushmita Sen and Aishwarya Rai won Miss Universe and Miss World.

In the last 25 years that I have followed this pageant, I can only count a couple of Philippine candidates who spoke in the manner and depth that my favorite Miss India candidates did.

Karla Bautista was my “Ate Karla,” back at the University of the Philippines Cebu. I cheered for her all the way to Miss World. She was seated beside me when CDN Digital had our fearless forecast for Miss Universe 2019 and I could feel my heart beat so fast. I like Gazini Ganados and I applaud how she handled the pressure of representing the Philippines in this year’s Miss Universe pageant. But in my book, Cebu has not produced a queen as strong as Karla Bautista. Kris Janson (Miss Intercontinental 2014 2nd runner up) and Karla Henry (Miss Earth 2008) are two other formidable ones.

When I was able to afford attending pageants live, I did so with the fervor of a Filipino fan. I reviewed the roster of candidates at least two weeks before coronation night and analyze the odds of the Philippines winning against all other contestants.

For the first time in history, Venezuela held their pageant without broadcasting the contestants’ bust, waist and hip measurements. The focus has moved from mere physical appearance to the ability of the contestant to speak her mind and express herself.

I love how the Miss Universe pageant evolved from just a stage where beauty is paraded to truly become a platform for women to voice out their choices and opinions, just like how Lara Dutta described it.

The 2019 edition had three final candidates in Mexico, South Africa and Puerto Rico, who can really express their views in a manner that can stop people to listen.

This is who, what and how a queen should be.

A Miss Universe queen’s main job is to spread awareness and raise funds for worthy causes. A pretty face is not enough to do the job. She is not just a model; she is a public speaker, a development worker, a strategic thinker, a charismatic leader, an efficient organizer.

This is the kind of woman that Philippine queens should aim to become to be truly relevant in this country.

With a new group, Miss Universe Philippines Organization, taking on the Miss Universe franchise, I wish to see these kind of women. While Binibining Pilipinas continues to exist, I hope they, too , will strive to look for women finalists and winners who can speak about what they represent and the causes they genuinely and sincerely support.

I wish to see pageant fans going beyond cheering for physical appearance, to support their queens whenever they call for help in causes they need to bring to the public’s attention and become agents of positive change themselves in whatever advocacy they commit to embrace.