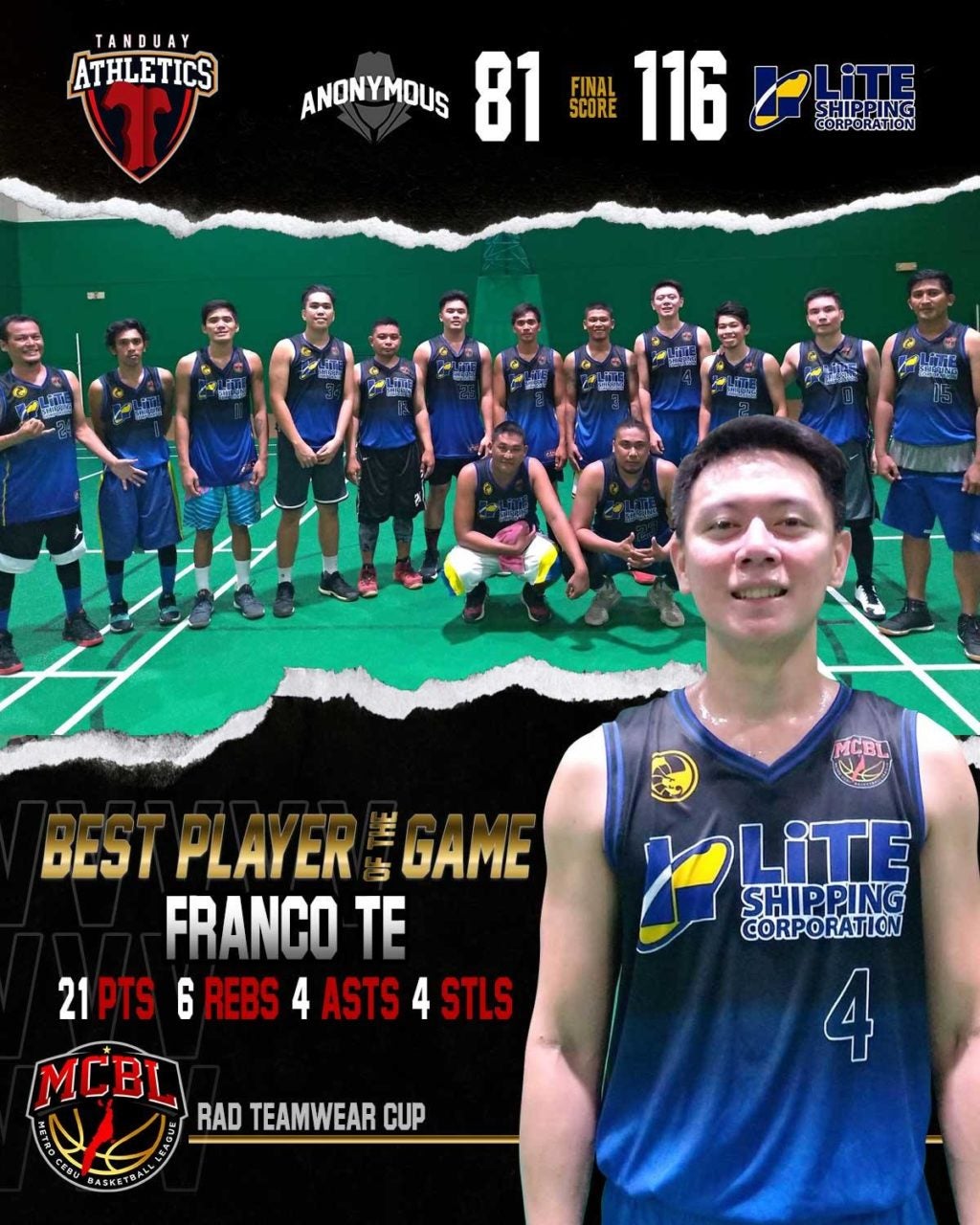 Bolos also had 11 rebounds, two assists, and two steals for Lite Shipping, which improved to 6-0 (win-loss) in the team standings.