Food stalls in CSBT ‘removed’ to make room for passengers 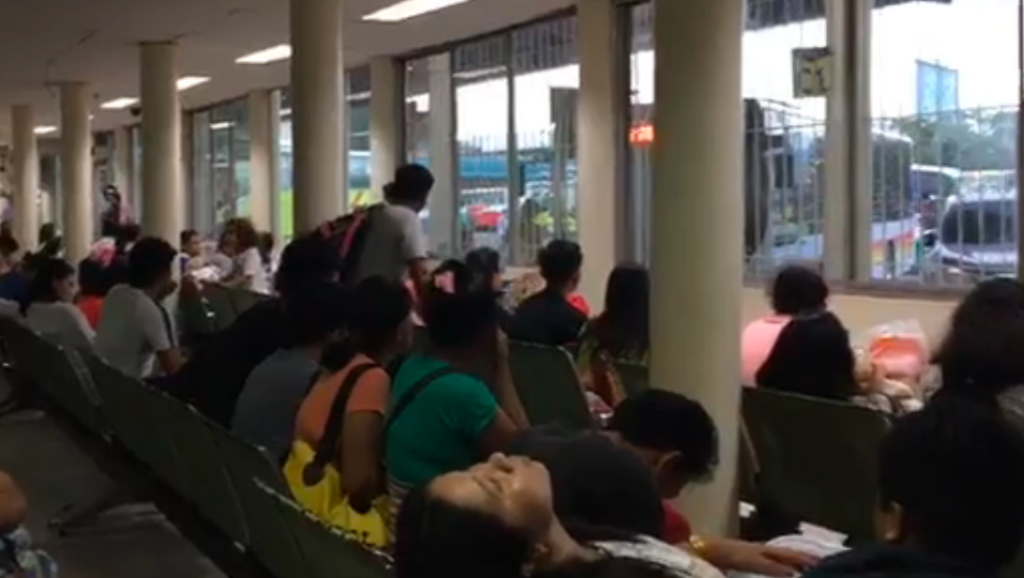 Scene at the Cebu South Bus Terminal passenger lounge in the afternoon of Dec. 22, 2019 as thousands head for their hometowns to celebrate Christmas. |CDND Photo/Rosalie O. Abatayo

CEBU CITY, Philippines — Some food stalls inside the Cebu South Bus Terminal (CSBT) have been moved to the back of the terminal to make more room for the passengers’ waiting area, as travelers going to their hometowns for the holidays are expected to surge.

(We took the rentable space to make the space wide enough so that the passengers will have a place to sit down. There are just so many passengers, children, too, and if we cannot provide them with enough seats, they would complain and even post on Facebook)

Although buses in CSBT have been operating 24/7, Quijano said there are times that the terminal runs out of buses, causing the passengers to pile up.

Quijano said the bulk of passengers in the terminal are those waiting for the Bato-Oslob or Bato-Barili trips. The two trips cover the farthest municipalities in the south and southwest of Cebu.

Quijano also reminded the passengers to pack and carry light when traveling, as huge pieces of baggage usually delay the passengers from entering the terminal since the guards will have to inspect them. The big bags, Quijano said, impedes the movement of the passengers when boarding the buses.

Meanwhile, the “no ticket, no entry” policy is still in effect in CSBT. Makeshift ticketing booths are in place at the entrance of the passenger’s lounge of the terminal.

LIVE: With just three days to go before Christmas, people are still on their way to their hometowns to celebrate the Holidays. #CDNDigital brings you the latest update here at the Cebu South Bus Terminal (#CSBT). | Rosalie O. Abatayo

Unlike during the implementation of the policy on All Saints’ and Souls’ Days last November, no long queues of passengers who are waiting for their tickets was observed in CSBT as of Sunday afternoon.

The new policy was put in place to make sure that only passengers are allowed in the terminal and prevent lawless individuals from preying on unsuspecting individuals,

Quijano also said that since CSBT implemented the policy, they were able to more lost items to owners who have left them behind as they rush to get a ride.

However, Quijano still urged the passengers to watch their valuables and their children as they travel to avoid losing the items or their children./elb