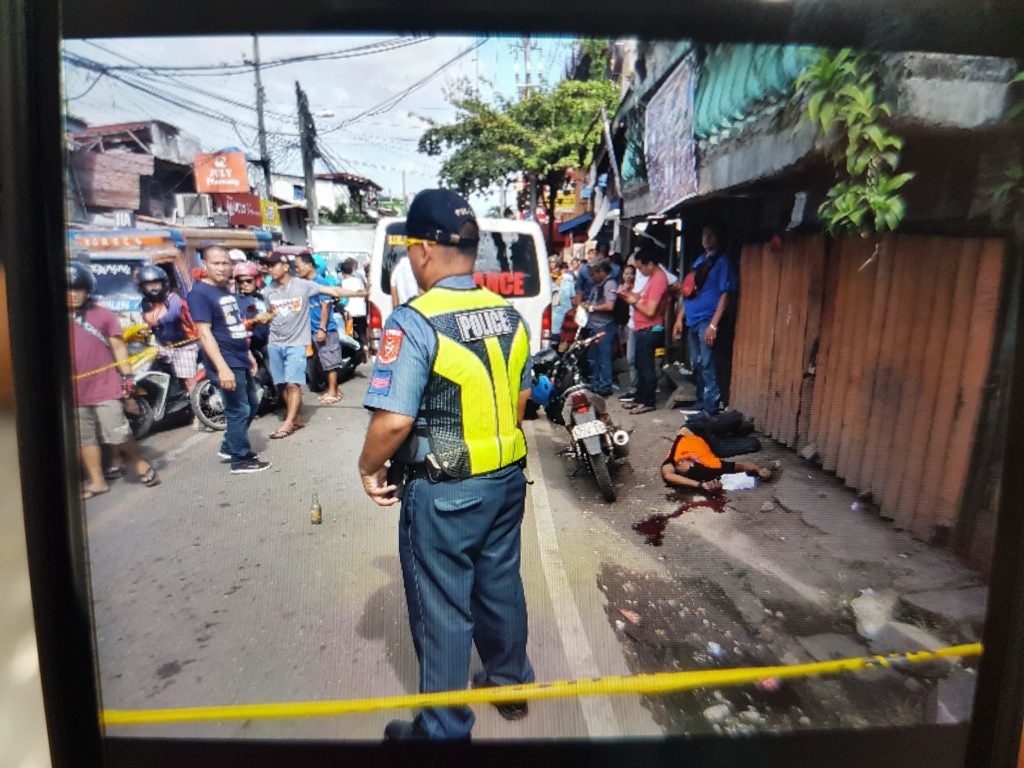 The body of Arnold Albano, 34, is seen sprawled beside the road after he was shot dead by a still unidentified assailant at past 1 p.m. this afternoon, January 7, 2020 along L. Gabuya Street, Barangay Basak San Nicolas, Cebu City. | CONTRUBUTED PHOTO

Police Master Sergeant Nicolo Gonzales of the Mambaing Police Station told reporters that Albano, who was a habal-habal (motorcycle-for-hire) driver was posting a notice of the elected officers of their organzation when a man who witnesses thought was only passing by, suddenly shot him several times.

Gonzales said the incident happened so fast that residents in the area failed to identify the suspect and only saw him fleeing the crime scene on board a motorcycle.

Albano sustained gunshot wounds on the left side of his chest and head.

Gonzales said the victim’s wife could not cite any possible suspect since she claimed that her husband had no known enemies in their area.

However, Albano was reportedly involved in a heated argument with several motorcycle-for-rent drivers last month.

According to the wife, Albano got into an argument with some habal-habal drivers whom he admonished for taking passengers even if they are not residents of the area.

Gonzales said they will pursue the information given by Albano’s wife as it could be related to his killing.

According to Talam, the victim was walking along an alley when two suspects identified as Robert Oliveros and Jurous Entera shot him on the face.

Salandron sustained a gunshot wound on the left side of his nose.

The suspects quickly fled after shooting the victim.

Talam said that they are still looking for possible witnesses who can help them identify the assailants.

Talam said they are now conducting a hot pursuit operation to arrest the suspects. /rcg

Read Next
Miguel Magpale: ‘We are not bullied by Governor Garcia’