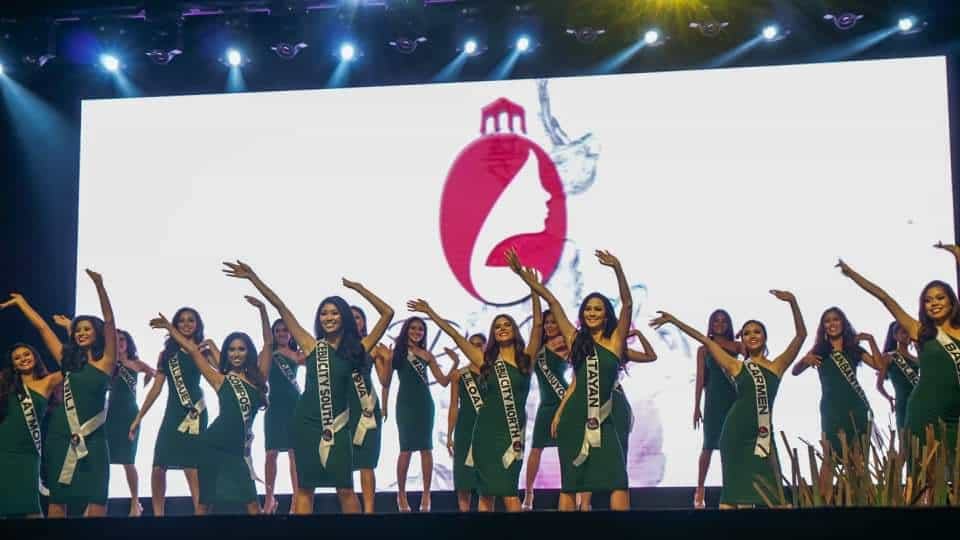 CEBU CITY, Philippines — Binibining Cebu 2020 started with an unexpected repeat as the productionc number had to be performed the second time after organizers announced that they are experiencing technical difficulties.

The announcement was met with applause and cheers by the audience.

The stage was dark when the 54 candidates representing towns and cities in Cebu performed the first time.

The program went on without a glitch after the Top 21 semi-finalists were announced. It was originally announced that there are only 20 semi-finalists but host Maria Gigante, who is also Binibining Cebu Charity 2017, said organizers decided to open another slot because there is another deserving lady worthy to be part of the list.

The Top 21 semi-finalists are:

The semi-finalists competed for the swimwear round. The candidates wore the Paulina swimwear line designed by Mikee Andrei. / celr