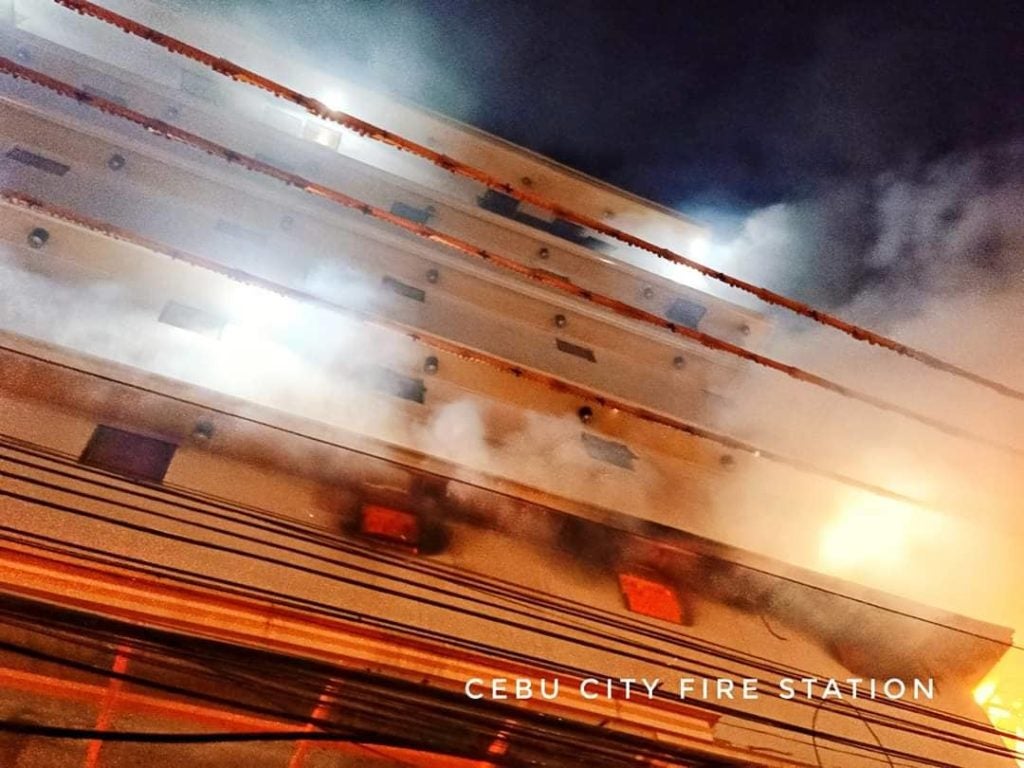 CEBU CITY, Philippines—A fire broke out inside a faculty room of a school building along V. Rama Avenue in Barangay Guadalupe here on Friday dawn, January 17, 2020.

The Cebu City Fire Department said the fire started at the faculty room on the third floor of the Golden Success College building at around 1:33 a.m.

No one was reported injured during the fire.

Fire Officer 2 Fulbert Navarro, a fire investigator, told CDN Digital that the fire was raised to second alarm at 1:40 a.m. and was put under control at 2 a.m. It was declared “fire out” four minutes later.

As of this posting, fire officers have yet to inspect affected third floor of the building.

(We still know the cause of the fire. We will still investigate this incident.)

Navarro estimated the cost of damages at P50,000. /bmjo

Read Next
Duljo Fatima resident, an HVT, nabbed with P136K shabu in Mandaue