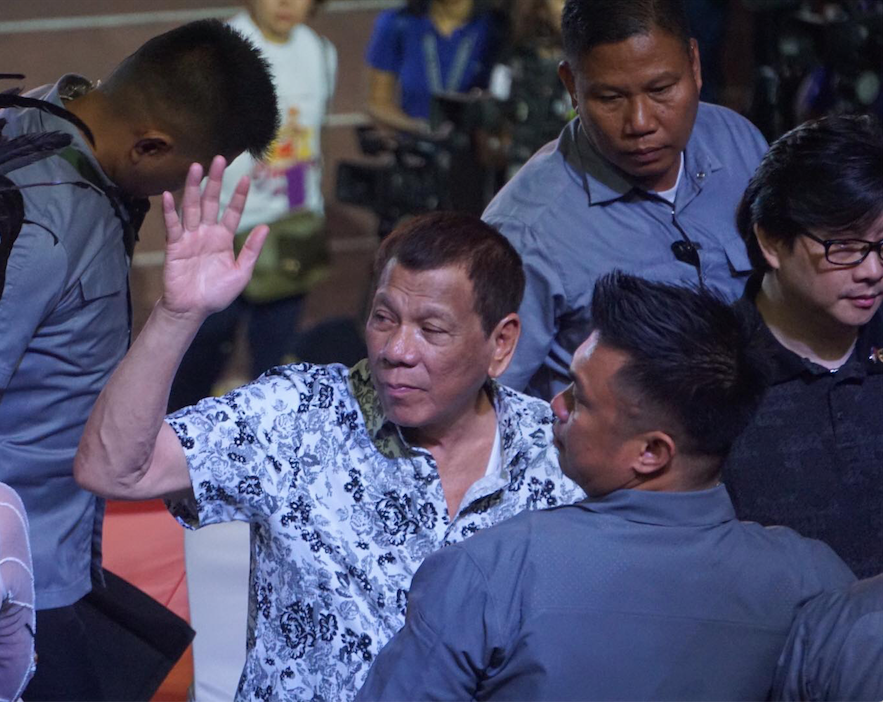 President Rodrigo Duterte is accompanied with Presidential Assistant to the Visayas Michael Dino during the President’s visit at the Cebu City Sports Center on Sunday, January 19, 2020. | Raul Tabanao

CEBU CITY, Philippines — A proponent of the Integrated Intermodal Transport System (IITS) for Cebu said the project’s implementation had seen light after President Rodrigo Duterte’s pronouncement on Sunday, January 19, 2020, that the way for Cebu’s mass transports would be through trains and aboveground infrastructure.

Presidential Assistant for the Visayas Michael Dino, in a statement released Monday afternoon, said it “boosted their morale” to know that the President “agrees and even encourages it.”

“There is really no other way to solve traffic here, but to go up and that is to build monorail with the capacity of a Light Rail Transit (LRT),” Dino said.

During his visit in Cebu City to witness the Sinulog Grand Showdown, President Duterte said that while Cebu had been continuing its progress, mobility had remained a top problem of this“old” city.

(You keep on fighting which way to go because the streets are really narrow because Cebu is an old City.)

The President said it would be difficult to expand the city’s roads considering the skyscraper buildings that were already standing and the narrow road easements.

An unsolicited proposal for the construction of monorail transit system in a build-transfer-operate-maintain (BTOM) scheme has already been submitted to the National Economic Development Authority (Neda) in 2019.

In the proposal, Udenna Infrastructure Corp. wants to build two lines for the monorail: a 17-kilometer central line from Talisay City to Cebu City and  9-kilometer airport line from Cebu City  to the Mactan Cebu International Airport in Lapu-Lapu City on Mactan Island.

Dino said he was pushing for the approval of the project so it could have partial operability by the end of the President’s term in 2022.

The President, in the same speech, promised to find funding sources, which he said would most likely be through a foreign loan, in order for the project to be completed.

President Duterte said he did not want to step down from presidency without completing all the projects that he had started.

“We need an honest to goodness mass transport system that will be relevant for generations to come. For without it, Cebu’s development will not be sustained. I personally would like to thank the President for giving the Cebuanos an assurance that IITS will happen, even promising to help find the funds for it,” Dino said. | dbs