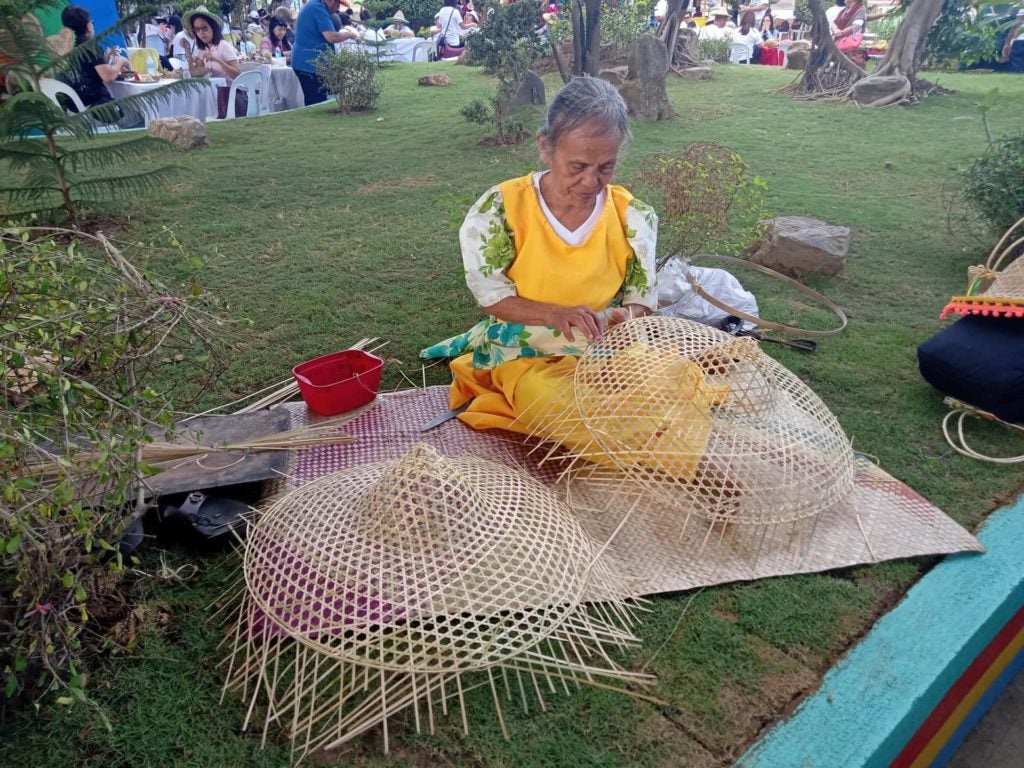 CEBU CITY, Philippines — Even without looking, Guillerma Balaba’s hands seem to know where to fit and where to pull the thin bamboo strips as she weaved them to form a layer of sarok.

The 78-year-old grandmother, however, says this skill is no longer surprising for someone like her, who started weaving since she was seven years old.

Balaba, a native of the mountain barangay of Tulo-Tulo in Consolacion, says weaving sarok has been her family’s livelihood while she was growing up. This was also how she raised her four children.

Sarok, a type of hat, is one of the handicraft products of the town of Consolacion in the northern side of Metro Cebu.

(This is a tedious process. We first have to weave the bamboo strips then put the dried banana leaves as the cover and then put the two bases together to form the sarok.)

(This has been my livelihood since then. I raised my four children out of weaving sarok. Because of poverty, my children did not finish their studies.)

According to Balaba, she can only complete one to two saroks in a day and she sells them at P80 each.

But while the sarok-making has seemed like a family heritage, Balaba said none of her children were able to learn the process of making one.

Most of them, she said, resorted to selling goods to sustain their own families.

According to the data of the Municipality of Consolacion, there are only at least 30 surviving residents who still practice sarok-weaving.

“We are organizing our native sarok weavers because there is quite a few only who are still surviving nowadays. We are trying to keep the tradition,” said Consolacion Mayor Joannes Alegado in a separate interview.

Alegado said they have initiated programs to integrate teaching the sarok-making process in the technology and livelihood education (TLE) subjects of elementary and high school students in Consolacion. The municipality organized sarok-making seminars for the TLE teachers from Consolacion schools for this purpose.

“At the same time, we are also gathering those materials. We have encouraged the farmers to produce more materials for sarok making,” the mayor added.

Aside from being a native industry, Alegado said sarok also symbolizes the hardwork of the residents of Consolacion.

“Sarok may be obsolete nowadays but as you can see, Sarok is very symbolic because it symbolizes resilience. It can be used during the rain and to protect us from the heat of the sun,” said Alegado. /bmjo