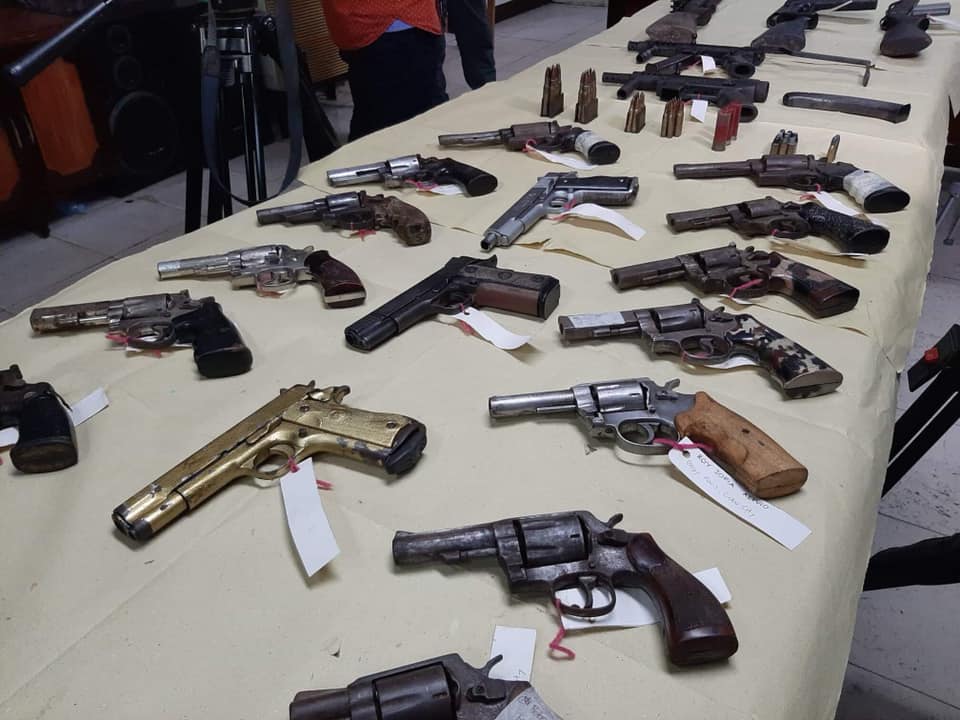 CEBU CITY, Philippines — More loose firearms have been confiscated in the hinterland barangays of Cebu City.

This developed after a three-day operation against loose firearms, ammunition and explosives in these barangays yielded another 25 different guns.

“The operation actually started on Tuesday (January 28), and ended Thursday morning, today. But prior to conducting the operation, we have already done validation on Monday (January 27),” said Korret.

Korret said some of these guns were confiscated in Barangay Guadalupe, the largest barangay in the city in terms of population.

“We have 25 pieces (guns) with some of them confiscated from Barangay Guadalupe,” he added.

Today’s operation brings the total number of loose firearms to over 400 since it was launched last September, Korret said.

CMFC are still validating information that they received that there were still at least 20,000 illegal firearms in the city./dbs