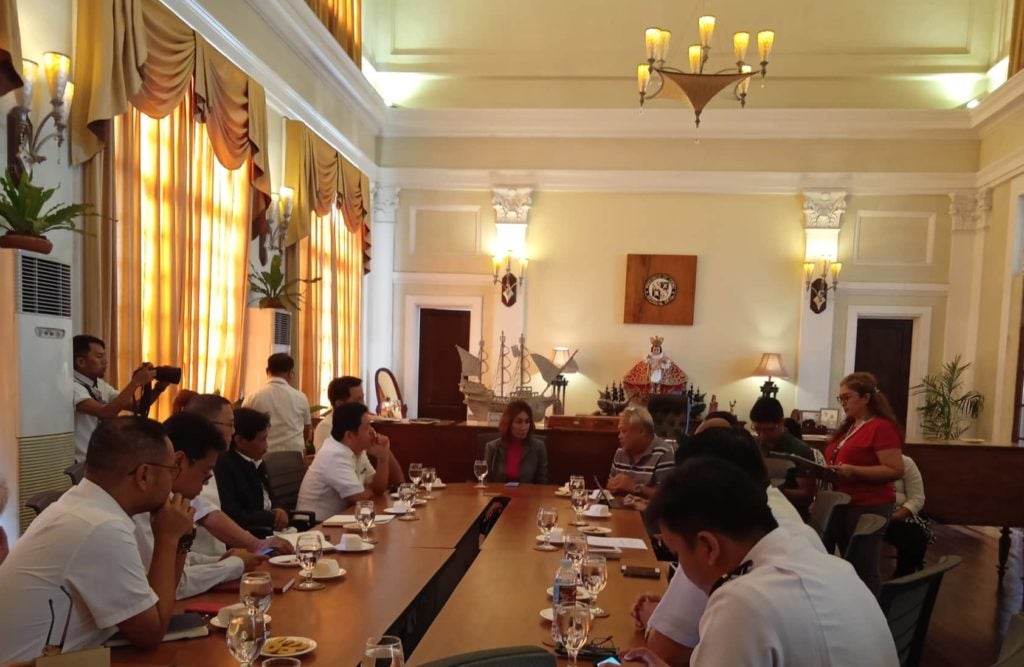 Cebu Governor Gwendolyn Garcia meets with the Department of Health in Central Visayas and Capitol officials on February 3, 2020 to tackle and have updates of the novel coronavirus threat in the country. | Rosalie O. Abatayo

CEBU CITY, Philippines — The Cebu Provincial government has placed Cebu province under a “State of Preparedness” as part of its measures against the threat of the 2019 novel coronavirus acute respiratory disease ( 2019 n-CoV ARD) in the country.

Governor Gwendolyn Garcia said that the declaration of the “State of Preparedness,” which was approved by the Provincial Board this afternoon, February 3, 2020, would enable the province to tap its disaster funds.

Garcia said these funds would be used to implement the 14-day quarantine of all Filipinos and people carrying a valid permanent residence visa, who would be arriving from mainland China, Hong Kong and Macau.

President Rodrigo Duterte earlier declared the ban on the entry of all foreign nationals coming from or have visited China and its administrative regions within the last 14 days.

The ban excludes Filipinos and foreign nationals who have valid permanent residency visas.

The province and the Department of Health in Central Visayas (DOH-7) have earlier identified three facilities that will be used as quarantine areas for the arriving Filipino and permanent residents.

These are the DOH-operated Eversley Child’s Sanitarium and General Hospital in Barangay Jagobiao in Mandaue City, the Capitol owned Women Development Center in Lahug, Cebu City and the drug dependents’ rehabilitation center in Pinamungajan town which the province had already turned over to the DOH in 2019.

Garcia said that the province would be spending for the upkeep of the Capitol-owned quarantine sites.

Of the amount, 30 percent is dedicated to the quick response fund (QRF), which will be utilized upon the declaration of a state of calamity, while 70 percent of the fund is allocated for preparedness, prevention and rehabilitation./dbs