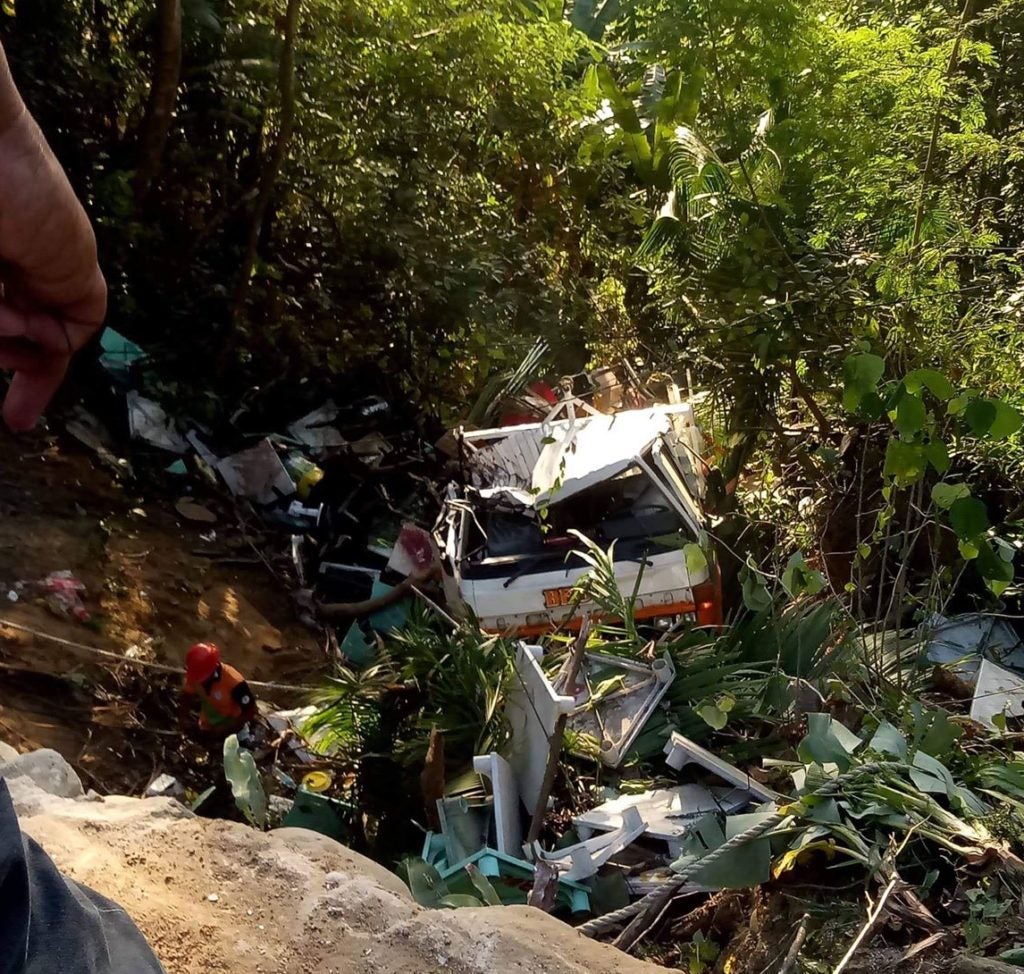 DUMAGUETE CITY, Negros Oriental-A 19-year old man was killed while three others were injured when a truck they were riding fell on a ravine in barangay Nangka, Bayawan City, on Monday afternoon,  February 3, 2020.

The passengers who were injured were Kim Jaycel Zamora, 18; Rosalinda Tuazon, 19; and Jemar Jison, 28, driver, all from Bacolod City.

Based on initial investigation, Enriquez said the brakes of the truck, an Isuzu Elf loaded with merchandise from Bacolod City en route to Bayawan City, malfunctioned while the vehicle was descending into a curved portion of the road.

This led to the truck veering away from the road and fell falling into the ravine which was more than 10 meters deep.

The victims were brought to the Bayawan District Hospital for medical treatment. However, Librando was declared dead on arrival by an attending physician.

The injured passengers were transfered to a local hospital in Bacolod City for further medical attention. /bmjo

Read Next
Seafarers, Novel Coronavirus and other infections