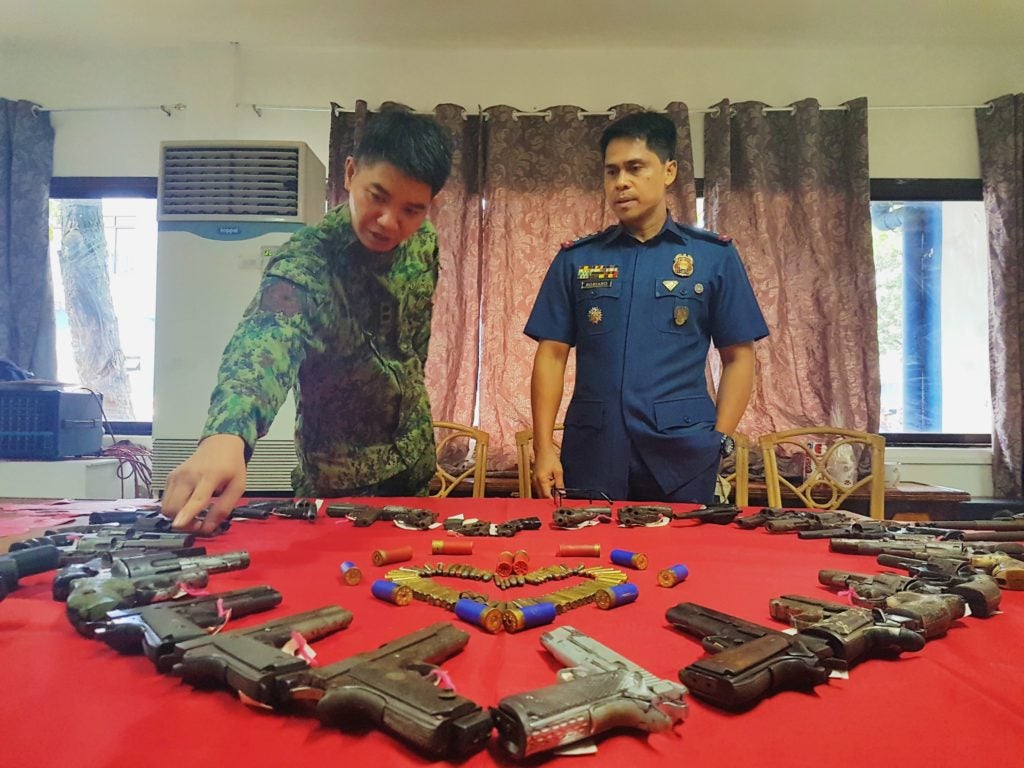 CEBU CITY, Philippines — “We are preventing future crimes from happening in Cebu City.”

Korret told CDN Digital in a phone interview on Sunday, February 9, 2020 that their constant patrolling and visits in the 40 mountain barangays at least once a week and the weekly coordination with barangay officials were helping prevent crimes in these areas and even Cebu City in general.

He said this had led to barangay residents with loose firearms surrendering them to the CMFC, which he considered a big plus to security in these areas.

“Because each loose firearm surrendered means we are preventing one possible crime that could be committed in the future,” said Korret.

Since August of last year, the CMFC headed by Korret, conducted 36 operations in these mountain barangays, where they confiscated 438 surrendered firearms from residents.

The operations included convincing people with unlicensed guns, who had no criminal records and were not involved in any illegal activities, to surrender these loose guns to authorities.

(Before we ask them to surrender, we first conduct a study on who these persons are.)

He also said that in their operations they had not encountered any firearm manufacturer.

He said that the guns that the residents surrendered were given to them from their fathers or grandfathers as protection to the family.

Meanwhile, Police Colonel Engelbert Soriano, chief of CCPO, said that loose firearms recovery had been also one of their priorities during his leadership as CCPO chief as it had been also the one of the directives of Police Brigadier General Albert Ignatius Ferro, new Police Regional Office in Central Visayas (PRO-7) director.

“We also have to account the loose firearms in the area to avoid ang mga ito na magamit sa mga krimen sa ating area (so it could be avoided that these will be used to commit crimes),” said Soriano.

Korret also said that the confiscated guns were in a holding area in the CMFC and these would eventually be destroyed.

However, he said the order to destroy the guns would only come from Camp Crame and they would not be destroyed until they receive this order from PNP headquarters./dbs

Read Next
NCoV and the potential for mass hysteria