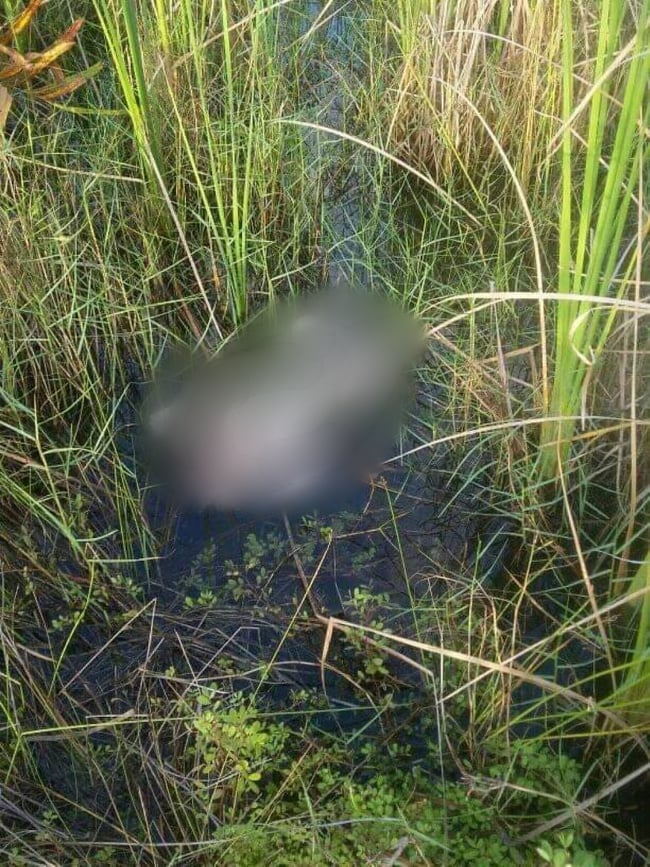 The body of a newborn baby girl was found dumped in a mire in Sitio Timpolok, Barangay Babag, Lapu-Lapu City past 7 a.m. on Tuesday, February 11, 2020. | Photo courtesy of Alyssa Baguio

CEBU CITY, Philippines — Policemen in Lapu-Lapu City are looking for the woman who dumped the body of her newborn baby girl in a mire in Sitio Timpolok, Barangay Babag, Lapu-Lapu City.

Police Master Sergeant Jude Abella, desk officer of station 3 of the Lapu-Lapu City Police Office (LLCPO), said that nearby residents found the body past 7 a.m. on Tuesday, February 11, 2020, after they started to check what was causing the foul odor that they had been smelling since Monday.

He said that the infant is about three days old.  The naked body of the baby girl was hidden in tall grasses.

But Abella said that they are yet to determine if the baby was killed or was already dead when left in the area.

Abella said that they are now looking for the mother and even the father of the baby girl for the possible filing of abortion or infanticide charges against them.

The baby was immediately buried in a vacant lot located near the Babag barangay hall. / dcb