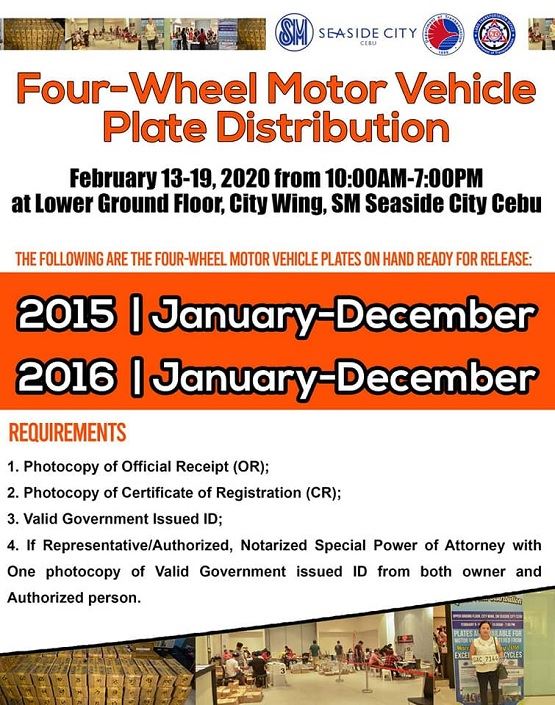 CEBU CITY—The wait is finally over for the owners of four-wheel motor vehicles registered in 2015 and 2016.

In a press statement, the Land Transportation Office bared that the license plates eyed for distribution are those of four-wheel vehicles registered from January to December in 2015 and 2016.

The distribution of 31,167 plates, which will be conducted until next Wednesday, February 19, 2020, will be done at the LTO temporary registration office located at the City Wing of the SM Seaside City Cebu.

However, plates for the motorcycle or two-wheel vehicles will not yet be available as there is still an ongoing plate production at the LTO central office.

Read: LTO-7 to distribute license plates of vehicles registered from January to June 2016

Caindec explained that these are only replacement plates since Congress has yet to decide on the size of the new plates for motorcycles.

He added that for unclaimed license plates of the four-wheel vehicles after the distribution in SM Seaside City, owners could get these from the respective car dealers.