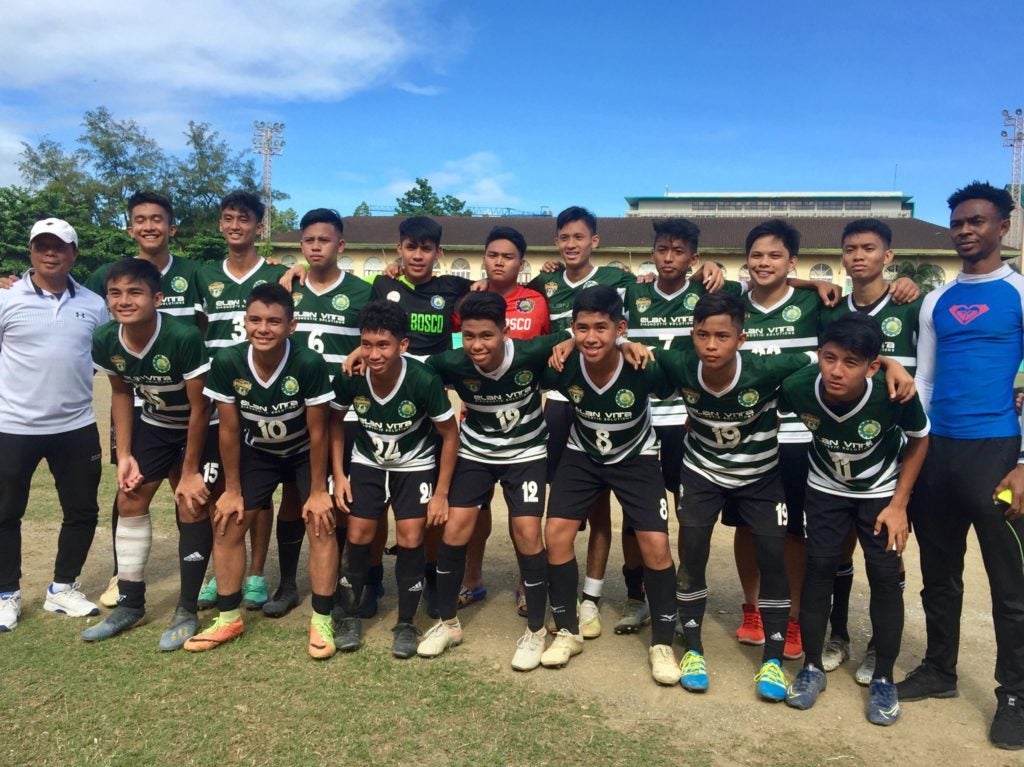 Except for three players, ERCO DB is manned by booters of the Don Bosco Technical College (DBTC) that won the secondary football title of the Cebu City Olympics and thus, will represent Cebu City to the CVIRAA 2020 Meet, which has now been tentatively slated for March.

The CVIRAA Meet 2020 would have been held this month in Dumaguete but was postponed due to the threat of the Corona Virus Disease (COVID-19).

(We still have some corrections especially with our finishing, we have the ball possession but we don’t have the finishing.)

One other thing that coach Ramos wants to focus on is the team’s stamina and endurance.

“I don’t know if it is over fatigue because we had two days rest before this game (Aboitizland Football), but they look exhausted. I’m worried because in the CVIRAA, we will be playing everyday, and this is their condition,” mused Ramos.

It will be the team’s first time to compete in the secondary level of the CVIRAA Meet.

Ramos, however, is confident that they will be able to make corrections as they have now enough time to prepare for the CVIRAA.

Aside from the CVIRAA Meet, the DBTC secondary football team will also be competing in the junior division of the Private Schools Athletic Association (PRISAA) Regional Finals, which has also been postponed to a later date.

They earned this right for being the Season 19 secondary football champions of the Cebu Schools Athletic Foundation Inc. (Cesafi). /bmjo