CEBU CITY, Philippines — Governor Gwendolyn Garcia has clarified that she has no hand in the printing of the Government Service Insurance System (GSIS) insurance cards distributed to Capitol employees that bore her face.

Garcia made the statement in a press conference on Wednesday, February 12, 2020, following the backlash from netizens regarding the design of the insurance cards.

CDN Digital first published photos of the insurance cards that were given to some Capitol employees on Tuesday, Feb. 11.

(A lot were asking why my picture has to be printed on the card. I had nothing to do with that.)

(To those who are fazed why my face was printed here, we can have their photos instead. They can submit their photos and we’ll put it here. I don’t know if anyone would accept that though.)

Garcia also said the cards with her picture on it should not be taken as a form of politicking considering that the next elections is two years away yet. 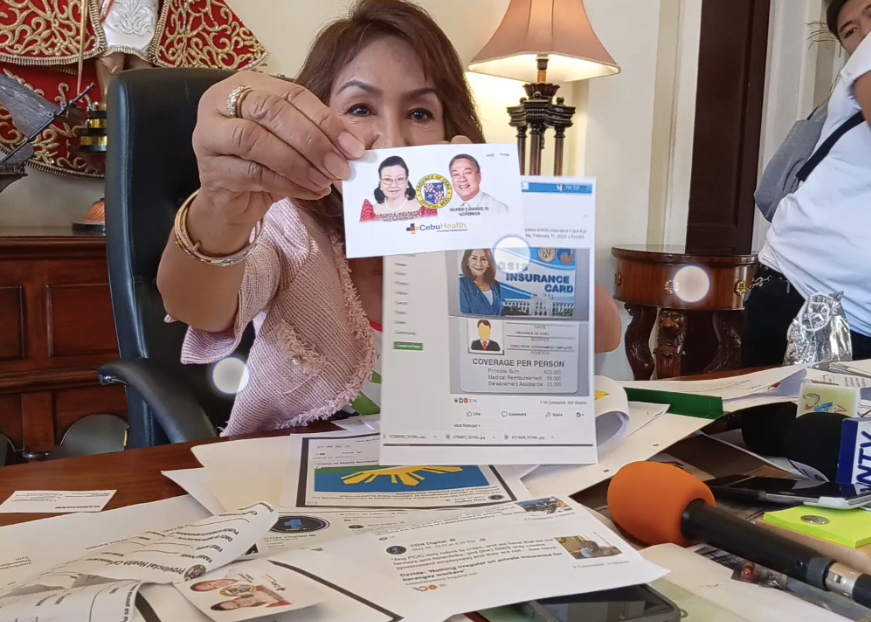 The governor added that it was the previous administration, not her, who used “insurance cards” that had their names and pictures on it as politicking.

Garcia was referring to the health cards distributed by the Capitol in 2019 which also bore the pictures of former vice governor Agnes Magpale and former governor and now Vice Governor Hilario Davide III.

The said cards were distributed in April 2019 or within the campaign period for the May 2019 elections. /rcg

Read Next
Warrants of arrest out for KAPA founder, allies