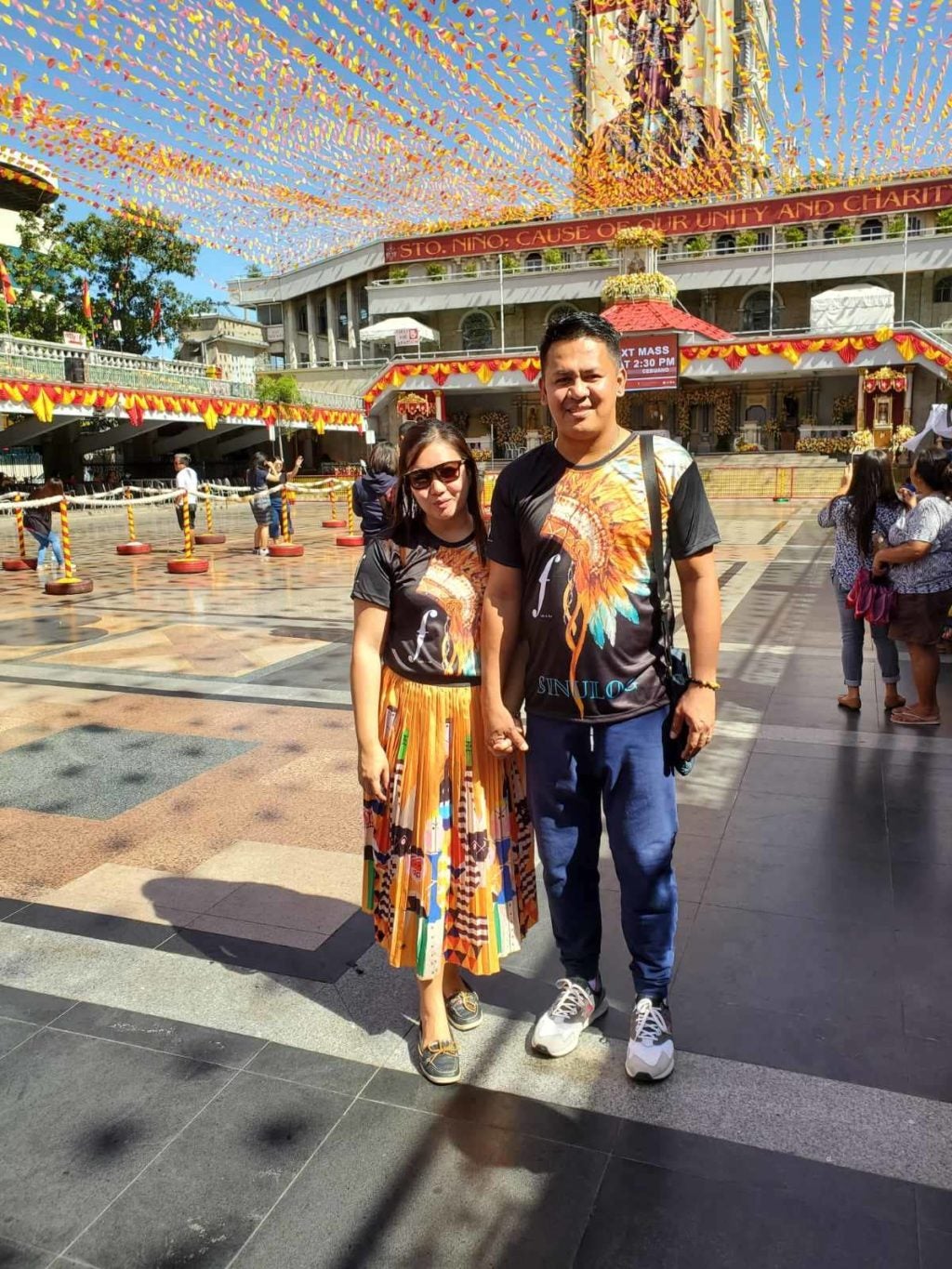 CEBU CITY, Philippines — How can one nurture a long distance relationship and keep love and the relationship growing through the years?

Alaras believes that making love grow in a long distance relationship will involve two persons committed and involved in doing what they can do to let each other feel they are loved consistently despite the distance.

He knows what he is talking about since life as a police officer has taken him away most of the time from his family.

Police Major Alaras, 33, is married to Cwe Alaras, 30, — his girlfriend for six years and his wife now for five years. Both are from Leyte.

And that more than a decade of their relationship most of the time involve Juanito being away from Cwe because everyone knows the life of a police officer includes being assigned to different places usually several hundreds of kilometers away from their homes.

Juanito’s assignments make it a challenge for police officers like Major Alaras, Juanito, to keep the love fire burning in her wife’s heart.

And they somehow have found the key to make it work as shown by their 11 years of still being together.

Cwe, a broken heart, and PNPA

But Juanito and Cwe have not really been a love story at the start.

There were no romantic feelings involved between them at first.

Both were part of a group of barkadas way back in high school in Leyte.

That year was 2005, and Juanito, who was then an engineering student, started to feel butterflies in his stomach whenever he would meet Cwe, who was a nursing student then.

But Cwe then believed that it was against the “Code of Ethics” for friends to fall in love with each other, and so, she turned him down.

It broke his heart, but he took it in stride and tried his luck on being a policeman by taking the entrance examination for the Philippine National Police Academy (PNPA).

He was so relieved at passing the exams that now he had a way to heal his broken heart by keeping a distance from the one who broke it as he would be now studying to become a policeman in Silang, Cavite where the PNPA is located.

During his studies in the PNPA, Juanito met someone, but the relationship ended when he graduated in 2009.

That year, Cupid again played its part as Juanito, who visited his hometown in Leyte, had a chance encounter with Cwe, who was also in between relationships at that time since she had just broken off with her college boyfriend.

To cut the story short, Juanito found out that he still loved Cwe, pursued her, and she ended up being his girlfriend.

But nurturing their relationship has not been a walk in the park or a coming up with roses thing as Juanito’s job as a police officer has him leaving for Maguindanao, which is at least 300 kilometers away from Leyte, as his first police assignment.

This has set the tone for their relationship as this has meant that for the first year of their being girlfriend and boyfriend, they will most of the time be separated by the distance of his workplace.

But both young lovers were determined to make their relationship work and found a way to bridge the distance between them.

For Juanito, it was imperative for him to prove to Cwe that he loved her and that he had to work hard at making her feel loved despite the distance.

(I see to it that if I won’t be able to get home, I try my best to to at least send her flowers.)

He has never failed to send Cwe flowers during special occasions like Valentine’s Day during instances when he cannot come home to visit.

Despite Cwe’s understanding and love, he also was not taking any chances of letting their love wither by neglecting her in any way even from him being far away from her.

And he has poured his heart to her through the flowers and gifts that he has never failed to send to her especially on special occasions.

This has been to assure her that she has always been in her heart and mind despite him being hundreds of kilometers away from her.

“As much as possible do everything you can to preserve the love. Always consider your partner’s feelings not just yours,” says Juanito.

He has done this consistently and has learned to keep the balance between his lovelife and his work away from home, away from Cwe.

After six years of nurturing and experiencing their love grow, Juanito and Cwe finally tied the knot in 2014, and five years later, they are still happily married and blessed with four children.

Like most married couples, the struggles of keeping the relationship going and growing continue as Juanito’s job as a police officer continues to take him far away from home.

He says that it has really become a struggle to balance family and work especially when his presence is needed in his job and his work at the same time.

It is not easy for Juanito, Major Alaras, to leave his assigned post in Cebu City to be with his family on certain days when they need him there.

There have been days when he has wanted to stay at home and spend more time with his wife and children, but he cannot do so because of his job as a policeman.

Despite this, he has also been grateful to his wife and children, who have to be always been the one to understand him for not being there for them because of his job.

His family lives in Leyte and Major Alaras is currently the Mabolo Police Station chief in Cebu City. He has been reassigned to the Cebu City Police Office four years ago from Marawi City, Lanao del Sur, where he served for five years.

But he also knows the importance of continuing to make the relationship work between his wife and his children.

And he never fails to make up for lost time, when he has the opportunity to spend time with his family.

“Ang importante, duha mo mag work ana, (The important thing is you both work on it),” says Juanito.

Advice to couples in love

His 11 years of nurturing the love with Cwe has helped him to learn more ways to keep the love fire between them burning.

That he is confident to share this advice of how to keep the love relationship going despite the distance, despite the challenges.

“Maybe you have been doing routines. Try to remember back then when you were still starting out as a couple, and think of the things you usually do that have made you very happy, and try to do them again,” shares Police Major Juanito Alaras./dbs