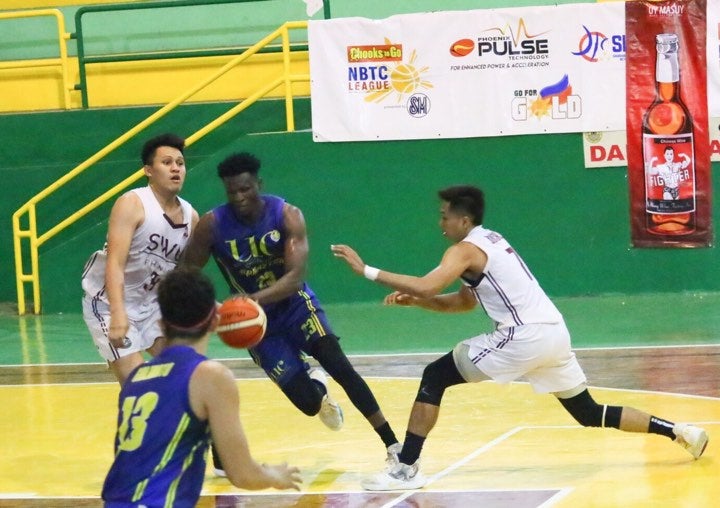 The UV Green Lancers is set to face the University of Cebu (UC) Webmasters in a game scheduled at the Cebu City Sports Institute gym in Barangay Sawang Calero, Cebu City to avoid a tie and become the hands-down champion of this three-day tournament.

The UC Webmasters, for its part, must win against UV to forge a tie and at least have a chance at the title.

UV is leading the tournament with a clean 2-0 win-loss record while UC totes a 1-1 card.

UV’s first win was via an 89-86 outsmarting of the Cesafi 19 champion, Southwestern University (SWU) Phinma Cobras, on Friday, Feb. 14.

The Green Lancers finally got back at the team who denied them what would have been their fourth straight Cesafi title. SWU was playing without its foreign student Lamine Thiam.

UV’s second win was against the IPL, manned by players of the Rucker Park Legends of New York and some cagers who have played for the University of Southern Philippines Foundation (USPF), 103-101, Saturday night, Feb. 15.

UC, on the other hand, bounced back from its first game loss by putting SWU out of contention via a 99-89 thrashing.

It lost to IPL, 76-66, in its first game. UC , helmed by come-backing coach, Atty. Kenneth “Kernn” Sesante, was leading by six points with three minutes left but was unable to answer when IPL rallied and rained them with treys to eventually win the game.

This basketball tournament follows a single round-robin format with the team that has the most number of wins taking the title. / dcb