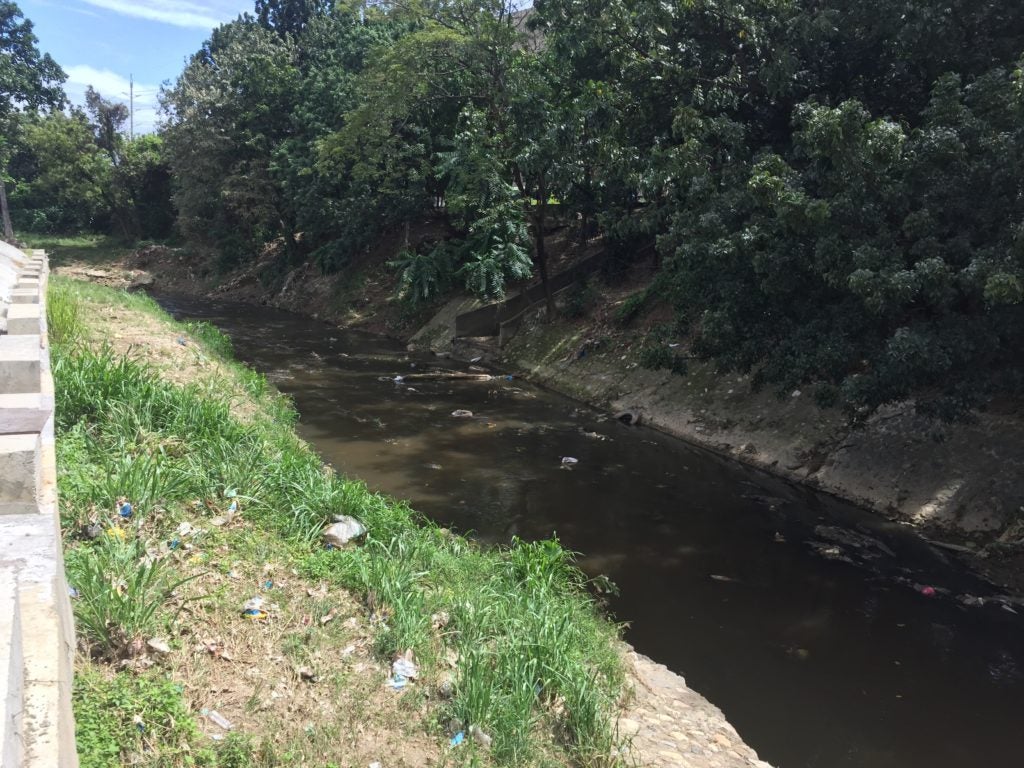 This is part of the downstream portion of Butuanon River, which runs parallel along Barangay Ibabao-Estancia in Mandaue City, Cebu | CDN Digital Photo Raul Constantine Tabanao

MANDAUE CITY, Philippines — Government officials in two of Cebu’s major cities are now identifying relocation sites for those who will be affected by their plans to clear ‘danger zones’ along the Butuanon River.

These were just some of the agreements made between the local governments of the cities of Mandaue and Cebu during a coordination meeting on February 17 to prevent the possible spread of polio.

Mandaue City Mayor Jonas Cortes and Cebu City Mayor Edgardo Labella announced in a press interview that their respective local governments would be clearing identified ‘danger zones’ near the  Butuanon River as preventive measures against the disease.

As a result, they said they would be preparing relocation protocols and possible sites for those who would be affected.

This is on top of their plans to intensify vaccination campaigns especially in barangays within close proximity to the river, and help health officials from the Department of Health (DOH) on profiling individuals who would be suspected to have contracted the virus.

Both mayors said “more comprehensive plans” to address this concern would be discussed in future meetings with other government agencies including DOH and the Department of Environment and Natural Resources (DENR).

Cortes, on February 16, has ordered that the river and two other bodies of water in the city — Mahiga and Tipolo Creeks — be off-limits to the public.

Upstream, the river traverses across Barangays Talamban, Bacayan, San Jose, and portions of Banilad in Cebu City. Downstream, it becomes Mandaue City’s largest river in terms of volume spilled to the Mactan Channel.

On February 15, the DOH confirmed reports from the Research Institute of Tropical Medicine (RITM) that the river tested positive for poliovirus — the virus that causes polio.

Polio has reemerged in the country since September 2019, and the state’s health officials confirmed the 17th case — a 1-year-old child from Cabanatuan City in Nueva Ecija — on February 15 also.

According to the World Health Organization (WHO), the disease can be transmitted person-to-person through the fecal-oral route either directly or with a contaminated vehicle such as food or water.

Patients, who are confirmed to have the disease, often show symptoms such as fever, fatigue, headache, vomiting, stiffness of the neck and pain in the limbs as it attacks the nervous system.

In worse cases, it can lead to paralysis.

Children below 5 years old are at risk of contracting polio, and leading health authorities should constantly stress and encourage parents to have their offsprings vaccinated against the disease.

The DOH in Central Visayas (DOH – 7), however, said that presently, there had been no confirmed reports of the disease in the region.

Since higher-ups from Metro Manila confirmed the presence of poliovirus in one of Cebu’s major waterways, DOH-7 said their agency would be intensifying its acute flaccid paralysis (AFP) surveillance to determine if there were any positive cases in the region. /dbs

Read Next
For NBA players, a little rest now before a hectic finish