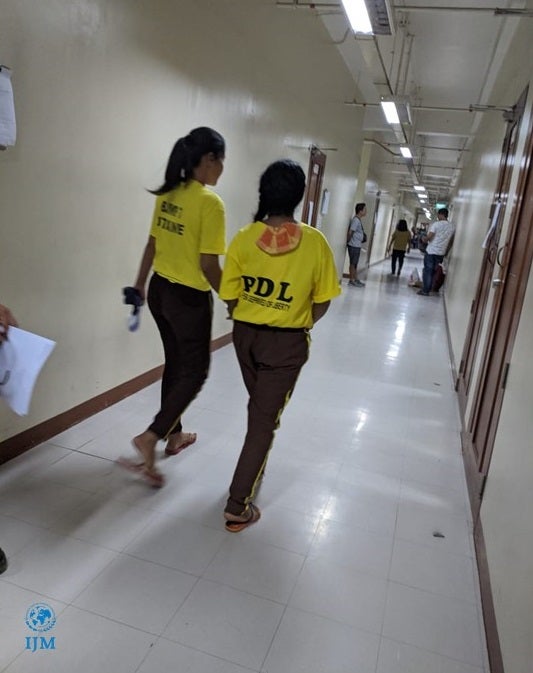 Two women from Talisay City were sentenced to over four years in jail for child sexual exploitation. | Photo courtesy of IJM

CEBU CITY, Philippines – Cebu City Regional Trial Court Branch 11 Judge Ramon Daomilas Jr. sentenced two women from Talisay City to over four years in jail after they pleaded guilty to the charge for the violation of Republic Act 9775 or the Anti-Child Pornography Act that was filed against them.

The two women aged 23 and 33-years-old are also faced with a separate charge for the trafficking of children for the purpose of online exploitation filed against them before the Regional Trial Court in Talisay City.

“After a full trial (and) if they are convicted, they will face life sentences,” said a press release from the International Justice Mission (IJM).

The separate cases filed against the two women stemmed from operations made by the Philippine National Police (PNP) PNP Regional Anti-Cybercrime Unit, Region 7 (RACU-7) in 2017 and 2018 respectively.

The 23-year-old offender was arrested in an operation in Barangay Dumlog, Talisay City on October 27, 2017, the IJM statement said.

During the operation, policemen rescued a 17-year old girl and an adult. Both were sisters of the accused, it added.

Meanwhile, the 33-year-older offender was arrested in Barangay Cansojong on June 15, 2018. During that operation, eight minors aged 3 to 17-years-old were rescued and turned over to DSWD for assessment and rehabilitation.

“Whenever the justice system holds accountable people who sexually abuse and exploit children, it actually prevents the abuse of other children by restraining those offenders and deterring other criminals. When the laws are enforced, the abuse of vulnerable children is dramatically reduced as impunity is replaced with accountability,” said International Justice Mission Cebu Field Office Director John Tanagho.