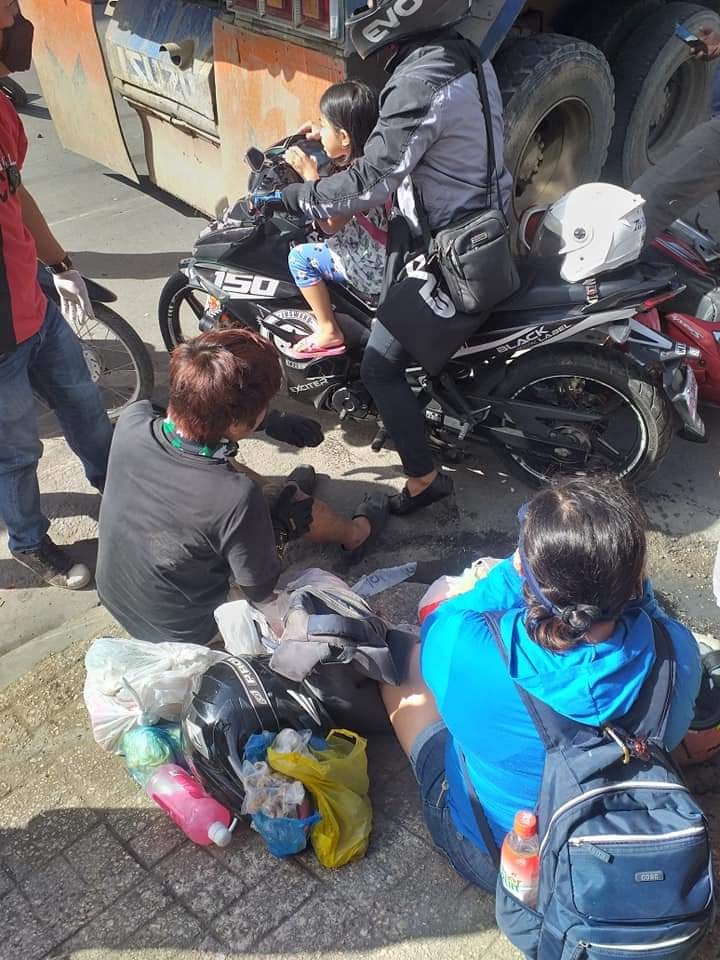 CEBU CITY, Philippines — Truck drivers should be mindful of their surroundings while driving especially near pedestrian lanes to avoid accidents.

This is the Minglanilla police’s advice to truck drivers amid the road accident involving a haul truck that rear-ended eight vehicles along Poblacion Ward 4, Minglanilla town in southern Cebu, at past 9 a.m. today, February 22, 2020.

Police Staff Sergeant Ernest Lapuña, Minglanilla Police Station desk officer, said that at least 10 persons were injured and seven motorcycles and a tricycle were also damaged in the accident.

“Mag bantay lang gyud ta sa isig ka kilid aron makalikay ta sa disgrasya (Let us be aware of our surroundings and always monitor both sides of the truck through the side mirror to avoid accidents),” said Lapuña.

He said that the area was not an accident prone area because traffic flow was usually slow in the area, which was near a mall.

He said vehicles would usually slow down there because it was an area where several people would cross the street at the pedestrian lane.

Initial investigation showed that truck driver, Jojit Jimenez, 43, of Naga City in southern Cebu, was unable to stop the truck immediately when a policeman manning traffic in the area abruptly signalled for the vehicles heading to Naga City to stop to allow an ambulance to pass.

But Jimenez told investigators that as he stepped on the accelerator after their lane of vehicles were given a go signal to proceed through the intersection, a policeman suddenly signalled a stop to the vehicles to allow an ambulance to pass through.

Jimenez said he then stepped on the brakes to stop the truck, but then he realized that he had lost his brakes.

And the haul truck plowed through the seven motorcycles and a tricycle in front of him before it stopped.

Those injured in the accident were rushed to the hospital for treatment. Fortunately, most of the victims only suffered cuts and bruises from the accident.

However, their motorcycles were damaged due to the accident.

Jimenez was detained at the Minglanilla Police Station pending the filing of charges.

Lapuña said after the victims would submit their complaint, then a case of reckless imprudence resulting to multiple physical injuries and damage to property would be filed against the truck driver./dbs