DUMAGUETE CITY, Philippines — More combat troops from Panay Island have been deployed to Negros Island to help in the military’s combat operations against the Communist New People’s Army (NPA) in the area.

This developed after the combat troops from the 33rd Division Reconnaissance Company (DRC) of the 3rd Infantry Division based in Panay Island in Western Visayas arrived at the BREDCO Port in Bacolod City aboard the BRP Tausug of the Philippine Navy on Friday, February 28, 2020. 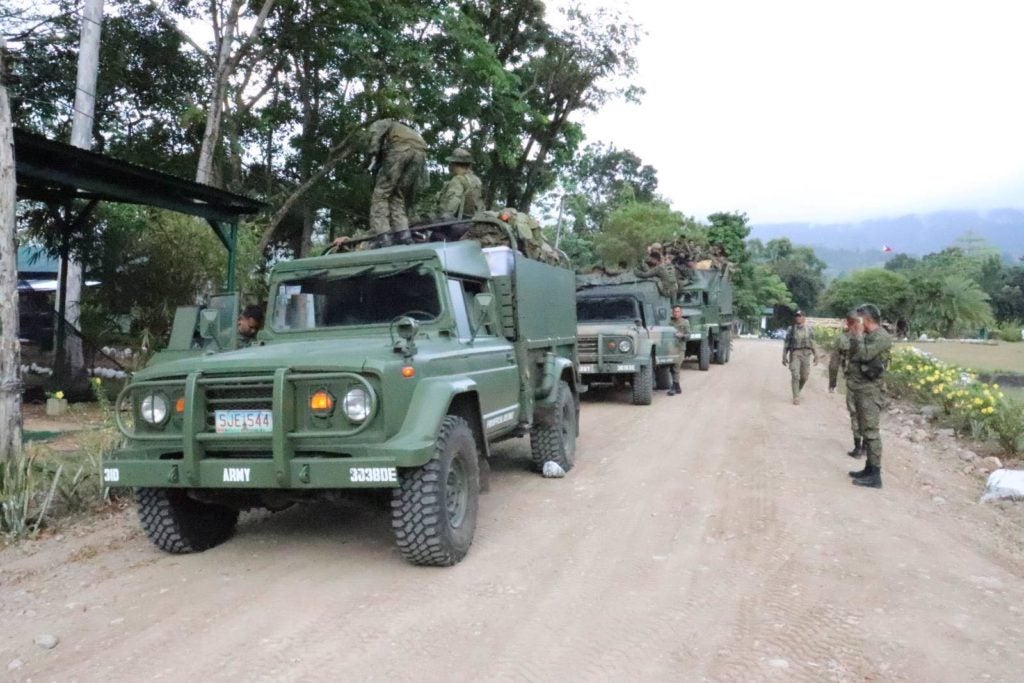 The Philippine Army soldiers of the 33rd Division Reconnaissance Company arrive at Camp Major Nelson Gerona in Murcia town, Negros Occidental after they arrived from the Bacolod port on February 28, 2020. | Photo courtesy of the 33rd DRC

Pasaporte welcomed the DRC combat troops when they arrived from the port at Camp Major Nelson Gerona in Murcia town, Negros Occidental.

Pasaporte said the DRC troops would be under the operational control of the 303rd IB.

He also said that the newly arrived combat troops were unlike the 100 soldiers from the 14th Civil Military Operations (CMO) Battalion who arrived last February 27 in Bacolod City.

He said the DRC troopers would be used for combat operations and they would be tasked to hunt down armed groups of the Communist Party of the Philippines (CPP).

(They are different from the 14th CMO, who specializes in civil military operations. These newly arrived soldiers are for combat operations. This is one of the units that will be tasked to go and hunt down the armed NPAs.)

Combat troops to Negros Or.?

According to Pasaporte, he will assess if he will send more troops in the first district of Negros Oriental, which is under his area of responsibility.

There are two battalions in the first district — the 62nd and the 94th Infantry Battalions under Lieutenant Colonel Egberto Dacoscos and Lieutenant Randy Pagunuran respectively.

“We will continue our relentless pursuit and use all our might against the Communist NPA Terrorist, who had been menacing our people in the countryside, said Pasaporte in a statement.

“I also encourage the people to continue to report the presence of NPAs in their communities in order for us to prevent their extortion and other terroristic activities,” he further said in his statement./dbs