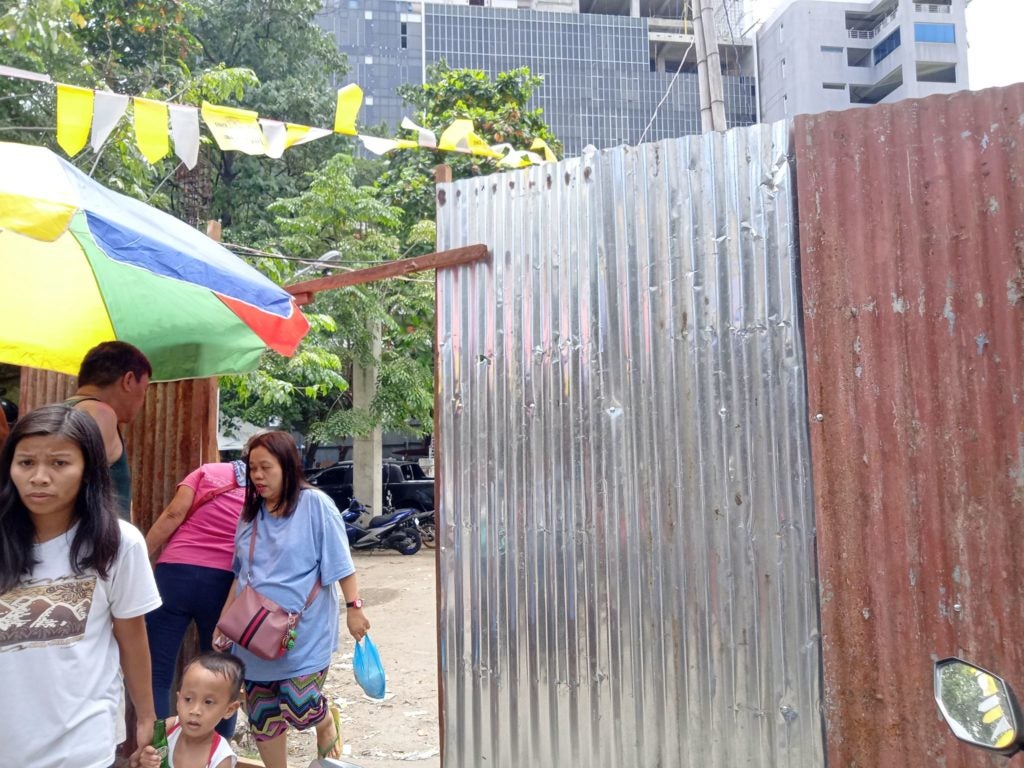 The Capitol plans to clear the provincial lot in Barangay Luz of structures and settlers because they believe that the fire victims are just used as a front for cockfighting activities there. | CDN Digital file photo

CEBU CITY, Philippines — Fighting cocks and not fire victims occupy most of the Capitol-owned lot in Barangay Luz in Cebu City. This is one of the reasons the Capitol wanted to clear the lot of structures.

This was the claim of Cebu Governor Gwendolyn Garcia and Provincial Lawyer Donato Villa as they maintained that the Capitol would need to clear the area of structures as soon as possible.

Villa, said that they had been asking the residents near the provincial lot to remove their fighting cocks in the area since 2019, but the residents and some barangay officials allegedly kept on asking for an extension.

In January 2020, Villa said they again asked the barangay officials to help them remove the chicken pens at the area.

(That is a 1,949-square meter provincial property. Almost three-fourths of which are occupied by cages of fighting cocks and a cockpit in the middle.)

On January 13, 2020, a fire gutted the houses in Sitio Santo Niño 3 near the provincial lot. The barangay then identified the provincial lot as the evacuation area of the over 40 homeowners who were still awaiting for the city government to clear the fire site so they could rebuild their homes.

The officials of Barangay Luz and the fire victims have since called on the Capitol to consider their situation and to give them time before evicting them.

But Garcia said the fire victims temporarily occupying on the lot was only a “front” to the real situation that the area was being used for cockfighting activity.

Luz Barangay Captain Ronilio Sab-a, in a separate interview with CDN Digital, admitted that a part of the lot iwass being used by residents for the cages of their fighting cocks.

However, Sab-a denied that they were protecting their personal interests in keeping the fire victims there.

(We won’t stay here forever. Our appeal to the Capitol is that they should not evict the fire victims there because they were still reeling from the losses they experienced from the fire and they were still on the process of recovery. And they would instead fence the area.)

Sab-a maintained that he would not ask the fire victims to move out of the lot upon the instructions of Mayor Edgardo Labella.

“It was the mayor who told us nga dili na sila (not to let the fire victims leave) because naa silay internal nga negotiations with the governor,” said Sab-a.

Garcia met with representatives of the Cebu City government this morning, March 2, where they discussed about the situation in Barangay Luz.

According to Garcia, the City Hall officials were shocked upon learning that most of the lot had been occupied by the cockpit and the fighing cocks’ cages.

She said that she was expecting a reply from the city government regarding the concern on the clearing of the lot within the week.

Garcia said that the province needed to secure the property soon in order to comply with the compromise agreement that the Capitol entered into with retired policeman and businessman Rico Palcuto.

In December 2019, the Sangguniang Panlalawigan (SP) authorized Governor Gwendolyn Garcia to sign a 10-year contract of lease with Palcuto for a 1,949-square-meter lot for P60,000 per month or for around P30 per square meter

The lease contract stemmed from a compromise agreement entered into by former governor and now Vice Governor Hilario Davide III and Palcuto in 2017, after 11 years of disputing over a lot in Barangay Banilad where the latter built his residence and office on. The lot is a part of the proposed Ciudad project.

The Capitol offered Palcuto a compromise in September 2017 where the he would be allowed to rent another Capitol property, the lot in Barangay Luz. The compromise was approved by the court by December of that year.

Since the compromise had been sanctioned by the court, Garcia said that it would be her responsibility to implement it./dbs

Read Next
Ro-ro with 133 passengers ‘rescued’ off Camotes sea