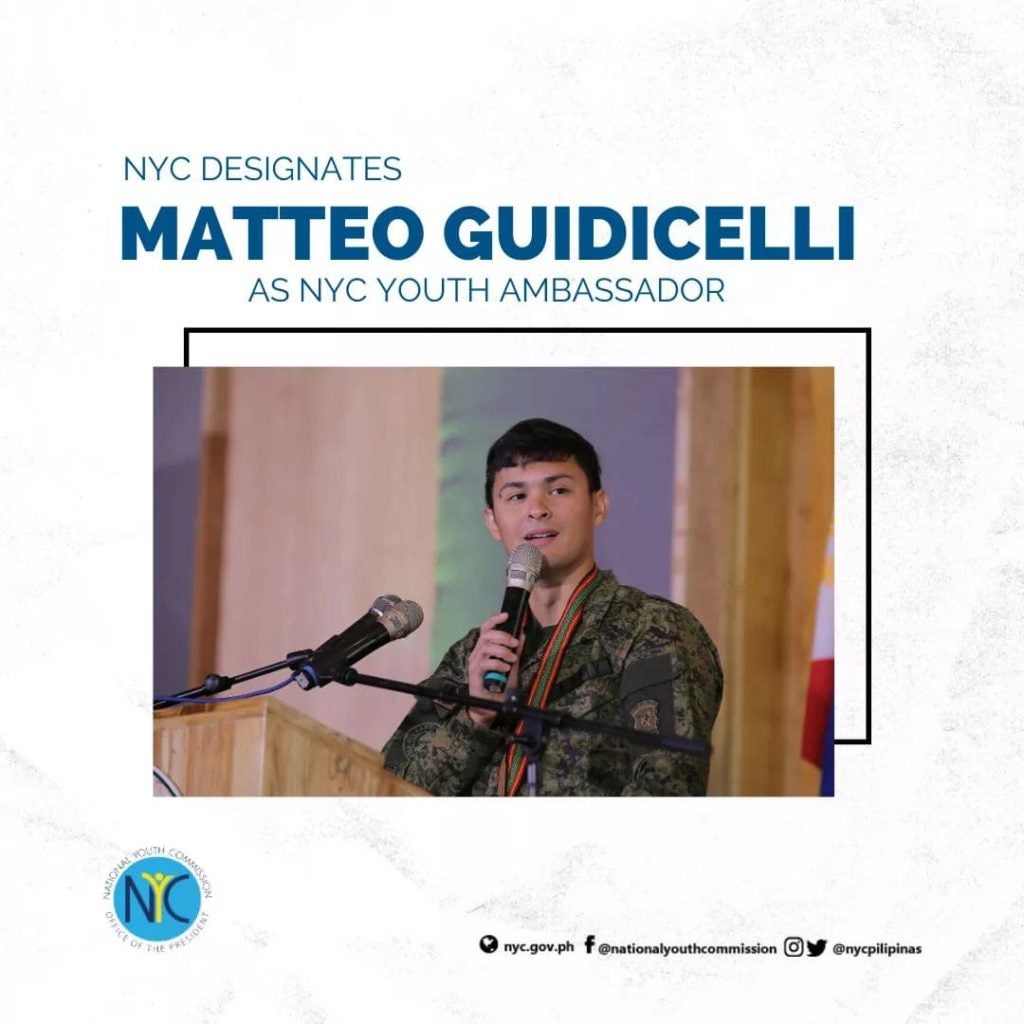 This after the National Youth Commission (NYC) named the Cebuano star as its newest youth ambassador.

According to NYC’s page, his appointment was based on the Commission’s Resolution No. 26, series of 2019, which recognizes his significant contribution to youth development.

“Mr. Guidicelli’s patriotism and nationalism, initially manifested by being a military reservist, is expected to serve as inspiration and encouragement for the Filipino youth in the fulfillment of their role in nation-building,” the post reads.

He finished his training with an average grade of 95.20 percent and received the third honor award as an outstanding student in their class.

A medal was also given to him because of his volunteerism initiative after the distribution of school supplies in San Miguel, Bulacan.

“The NYC looks forward to further enhance youth empowerment by designating youth ambassadors who can be role models of good citizenship through this recognition,” the post ends.

After NYC’s announcement, the Cebuano actor also reposted his photo from the NYC page confirming his appointment.

Before he became a military reservist, Guidicelli was also inducted as a new officer for the Philippine Coast Guard (PCG) Auxiliary 408 Squadron in March 2019.

During his oathtaking, he was joined by Erwan Heussaff and Nico Bolzico.

Guidicelli, a native of Cebu is known for Kapamilya shows like “Bagani”, ” Dolce Amore”,  “Toda Max”, ” My Binondo Girl”, and “Kung Fu Kids.”