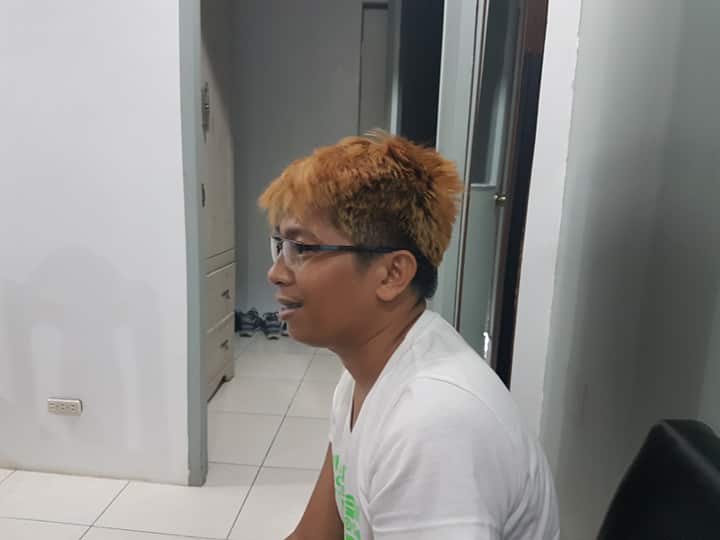 A 36-year-old man who confessed to being the chief executive officer (CEO) of an investment scam company based in General Santos City, was arrested on Monday by elements of the Criminal Investigation and Detection Group in Central Visayas (CIDG-7) in Argao town, south Cebu. | CDND Photo / Alven Marie A. Timtim

CEBU CITY, Philippines — A man from General Santos City, who confessed to being the chief executive officer (CEO) of a foreign-exchange company which allegedly duped thousands of investors of P600 million, was arrested by elements of the Criminal Intelligence and Detection Group in Central Visayas (CIDG-7) in Sitio Tikoy, Barangay Bogo, Argao, Cebu.

John Rafael Revilla, 36, from Barangay Calumpang, General Santos City, is now facing a syndicated estafa case with no bail recommended. He was detained in the CIDG-7 holding facility before he will be sent back to General Santos City anytime this week.

Police Major Ronald Allan Tolosa, deputy chief of the CIDG-7, said that they served the warrant of arrest on March 2, around 4 p.m., in the house of Revilla’s aunt in Argao, where he was in hiding following a tip from a concerned citizen.

The warrant of arrest was issued by Judge Renato Tampac of the Regional Trial Court of the 11th Judicial Region Branch 59.

According to Tolosa, Revilla was the CEO of an investment scam company called “Shantal” which offers double payouts for the invested money.

There were other investors from Cebu who were reportedly victimized by Revilla’s group, added Tolosa.

Tolosa said that the company lasted for about three months until the investment reached millions and there were no more payout returns from the company.

Revilla was then accused of pocketing the unreturned money allegedly worth P600 million.

In an interview with the media, Revilla said that their company was legitimate and in fact had been paying regular taxes.

He said from May to the middle of July 2019, Shantal was going well and was able to return payouts to their investors, but in the last week of July, it started to have delays due to the warnings issued by the government regarding investments.

Revilla also denied having pocketed a total of P600 million from the investment scam and said that there may be P350 million being kept by his business partners who are in Mindanao.

He added that he is ready to face the consequences of his actions. He also admitted that he has been staying in Cebu since August for safety reasons.