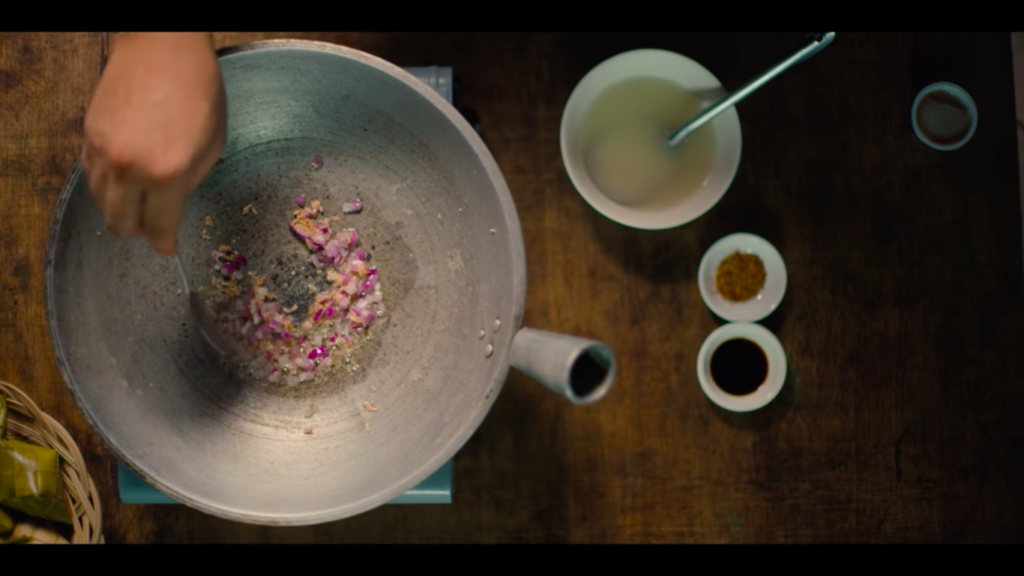 CEBU CITY, Philippines – As one of the country’s largest producer of pork products, it’s not a surprise why some of Cebu’s notable street food and cuisine feature pork – from Lechon (roasted pig) to tuslob-buwa.

The signature Cebuano Lechon placed the island on the world map of culinary destinations. For Filipinos, Lechon is usually served to mark significant and grand celebrations in life.

Tuslob-buwa, on the other hand, has its own interesting story to tell.

Tuslob-buwa literally translates to “dip in bubbles” as customers dip “puso” or hanging rice in a boiling stew of gravy consisting of pork brain and liver.

Before the dish rose to popularity for being featured in streaming site and production house Netflix’s Street Food in 2019, it was known as a popular dish among the masses in Cebu City.

Its origins can be traced to the poor families residing in Pasil, a coastal village where the city’s largest seafood market is found.

Tuslob-buwa has reportedly started as early as 1982 by several households in Barangay Pasil who were struggling to make ends meet.

A pork’s liver, brains, intestines, and tongue are collectively called as ‘lamang-loob’ in Filipino, and they are usually sold at a cheaper price compared to lean meat and skin.

In cooking tuslob-buwa, mashed brains and sliced liver are poured onto a heated wok with sauteed garlic, onions, and chili, and stirred until it turns into a bubbling, gravy-like form.

Usually, customers of tuslob-buwa pay for each puso they unwrap and dip into the boiling stew.

A fist-sized puso costs at least P3, and eating five of them would be enough to satisfy the hunger of a laborer working in the market who’s also trying to budget his meager income.

Experts say the creation of tuslob-buwa provided a glimpse of the daily lives of Cebu City’s less privileged population.

In Pasil, one can find tuslob-buwa carried on makeshift carts equipped with a portable stove, a wok, a clump of hanging rice, and an oversized umbrella.

Here, customers are seen standing around the wok where the gravy is being cooked.

It’s a rare sight to find stalls offering plastic stools since these are considered obstacles and an added burden for vendors when enforcers would be rounding them up for encroaching the sidewalks.

In recent times, however, ‘elevated and upscale’ versions of the poor men’s meal sprouted in several restaurants in Cebu City as well as in Mandaue City.

Restaurants, on the other hand, provide a different experience. There are no communal woks as paying customers will be given one that is separate from the rest.

Chairs, tables with generous spaces for condiments and extra plates, and plastic gloves can be found in establishments offering their elevated versions of tuslob-buwa.

Tuslob-buwa has generated discussions online after a popular Cebu City-based restaurant announced on its official Facebook page that it has trademarked the logo and word tuslob-buwa.

CDN Digital has reached out to the owner of the restaurant for his comments as of this posting. – /with reports from INQUIRER.net BrandRoom and INQUIRER.net archives.

bai Hotel Cebu’s Holiday Takeaways made especially for the season