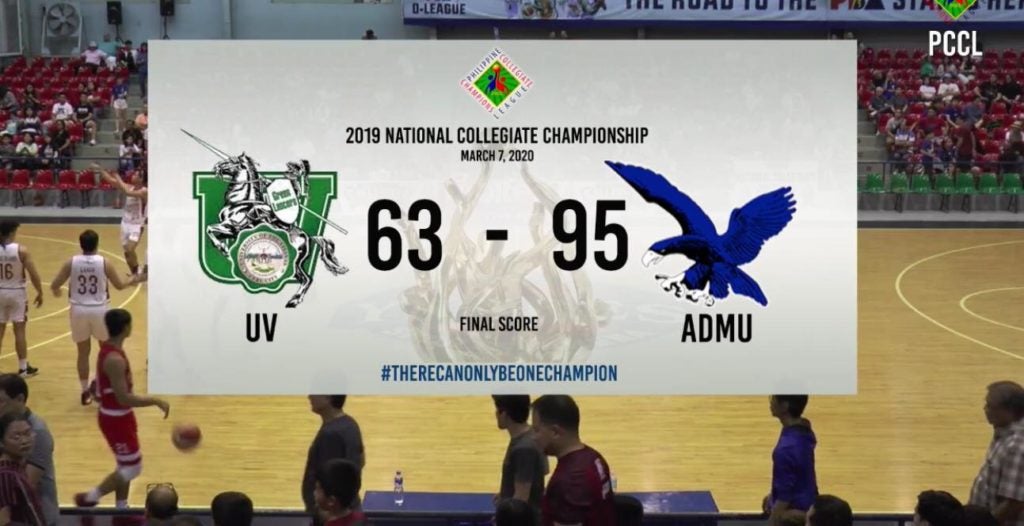 This is a screenshot of the final score of the Ateneo de Manila University Blue Eagles and the University of the Visayas Green Lancers during their final four game of the Philippine Collegiate Championship League tournament in Pasig City, Metro Manila today, March 7, 2020. | PCCL

The UAAP and reigning PCCL champions, ADMU, broke the game wide open in the final canto to clinch the chance to retain its title.

ADMU will await the winner between San Beda and University of the Philippines (UP) for their finals opponent.

Read Next
NBA mulls games without fans over virus fears