This was the realization of Cebuana actress Kim Chiu a week after two gunmen shot at her van along C. P Avenue in Quezon City.

Chiu made an Instagram post on Wednesday morning, March 11, 2020, as she reflected on what happened in the morning of March 4, 2020 while she was on her way to her scheduled taping.

“Life is very precious and most of all felt God’s presence he protected me, my PA, and my driver,” she said.

“I could not explain the feeling but I know he was with us and so our guardian angels,” Chiu added.

The Cebuana actress continued her post thanking her ABS-CBN family.

After the shooting incident, Chiu went straight to her taping and after work, she was picked up by Kapamilya director Lauren Dyogi to secure her safety. 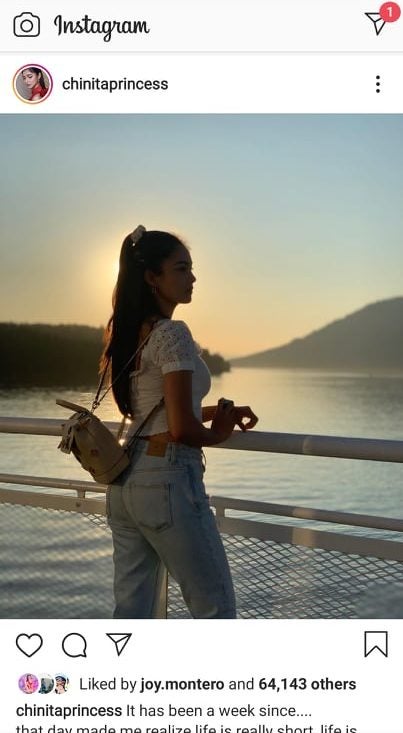 The Kapamilya star also thanked her family, friends, and lawyers, who checked on her.

“So many people who helped me get through this. I am blessed to be surrounded by these kinds of people. They don’t have to do this ang dami na nilang pinoproblema but still they insisted to help me,” she said.

“You discover people who are willing to help, people who care for you and people who just want to bring you down,” she added.

She also expressed that her heart is full and she is grateful that she is alive and was able to make another Instagram update on Wednesday.

Named as the Chinita Princess, she headlined Kapamilya shows like ”Kung Tayo’y Magkakalayo”, ”My Girl”, and ”Ikaw Lamang.”

She is also the lead star of films like ”One Great Love”, ”The Ghost Bride”, ”Past Tense”, ”Bride For Rent”, and ”Bakit Hindi Is Crush ng Crush No?”

Currently, the Cebuana actress is in a relationship with Kapamilya actor Xian Lim. /bmjo

By: Reuters
Arts and Culture Lifestyle