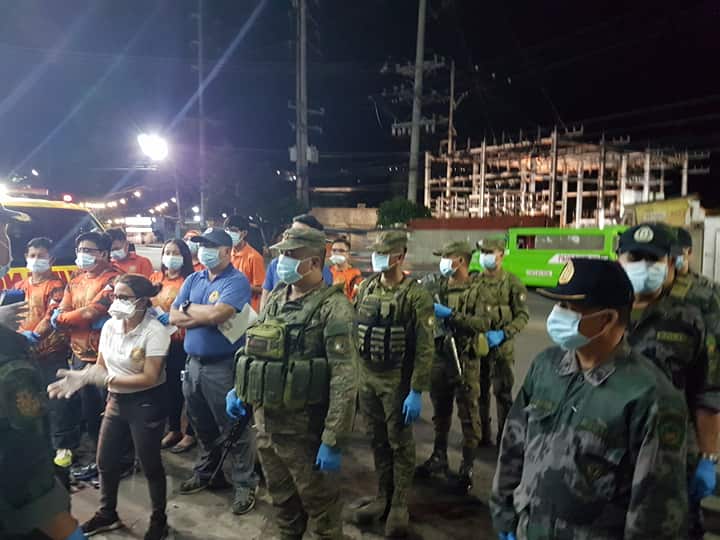 CEBU CITY, Philippines — The Cebu City government has implemented the thermal scanning checkpoints to check the temperatures of all the persons who will be entering the city.

Following the guidelines of Mayor Edgardo Labella, who placed Cebu City under community quarantine, as part of the precautionary measures to fight COVID-19,  the thermal scanning checkpoints require all the persons entering the city to be checked by the thermal scanners before they could fully enter the city here.

Persons with higher temperature and with cough or cold, will be assisted by the medical personnel and will be brought to the hospital.

Councilor Dave Tumulak, told reporters that the thermal scanning procedure was in accordance with the requirements of the community quarantine.

Together with the personnel of Cebu City Police Office (CCPO) and the Armed Forces of the Philippines (AFP), the city government started to flag down all types of vehicles heading inside the city as thermal scanner holders check each persons inside the flagged vehicle.

The thermal scanning checkpoints are also distributed in the 11 areas of the city which are considered as the city’s entry points.

Tumulak said that the scanning would continue until the community quarantine would be lifted.

He said that they would already be asking for the public’s forgiveness and understanding because heavy traffic would be expected with the required thermal scan.

Meanwhile, Police Major John Kareen Escober, chief of the Pardo Police Station said, that the police force were initially deployed to help keep the peace and order in the area.

But Escober said that while the government would scan all the individuals on each of the vehicles, the police would also be strict with the rules of the road.

He said that the checkpoint would also be their way of arresting traffic violators.

“Part of our task here will also be arresting violators and individuals in possession of contrabands,” said Escober./dbs