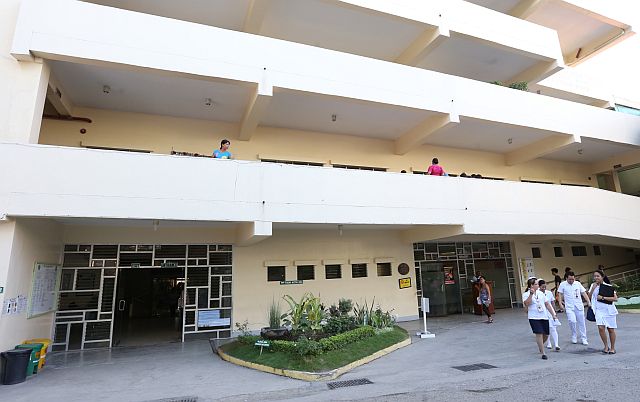 The Vicente Sotto Memorial Medical Center has been identified as one of the state-run, sub-national laboratories in the country, that is capable of testing COVID-19. | CDN Digital file photo

CEBU CITY,  Philippines — The Department of Health in Central Visayas (DOH-7) announced that at least 200 individual would needed to be prioritized for the Coronavirus Disease 2019 (COVID-19) tests.

However, due to limited test kits, Bernadas said they would have to prioritize people suspected of having the disease, and who were admitted in hospitals — or classified as patients under investigation (PUIs).

“These will be prioritized to those admitted in our hospitals, and are having severe acute respiratory infection,” Bernadas said.

He said they received 100 test kits, with one kit good for one patient, from the Research Institute for Tropical Medicine (RITM) for VSMMC on Wednesday, March 18, 2020.

Dr. Gerardo Aquino, VSMMC hospital administrator and who was with Bernadas during the briefing, said they had started collecting 60 specimen samples for the testings.

Scientists identified the VSMMC as one of the four, state-run, sub-national laboratories in the country with the capacity to conduct COVID-19 test.

A total of four DOH-managed hospitals in the country were named as testing centers all over the country.

The DOH-7 official also disclosed that they were facing a dilemma on the multiple pledges for COVID-19 test kits that they had received from concerned citizens and groups.

Bernadas said the test kits donated to them needed clearance and further approval from the Food and Drug Administration (FDA).

“Some of these donated test kits are already in our possession. And there are a lot of pledges coming in. But we’re now in a dilemma considering there’s a procedure before it could be used,” he said.

He added that as of now, test kits produced and coming from the RITM were those approved by the FDA.

“We are pressed against the wall. This is why we have to follow priority procedures as of this point,” he said in a mix of Cebuano and English.

Bernadas also said the same rules apply to private-owned hospitals who had the required laboratories needed to conduct COVID-19 testings.

“We have to remember that this is a new coronavirus. And it’s not enough to have an ordinary laboratory for us to do the testings. We need specialized ones,” he added./dbs