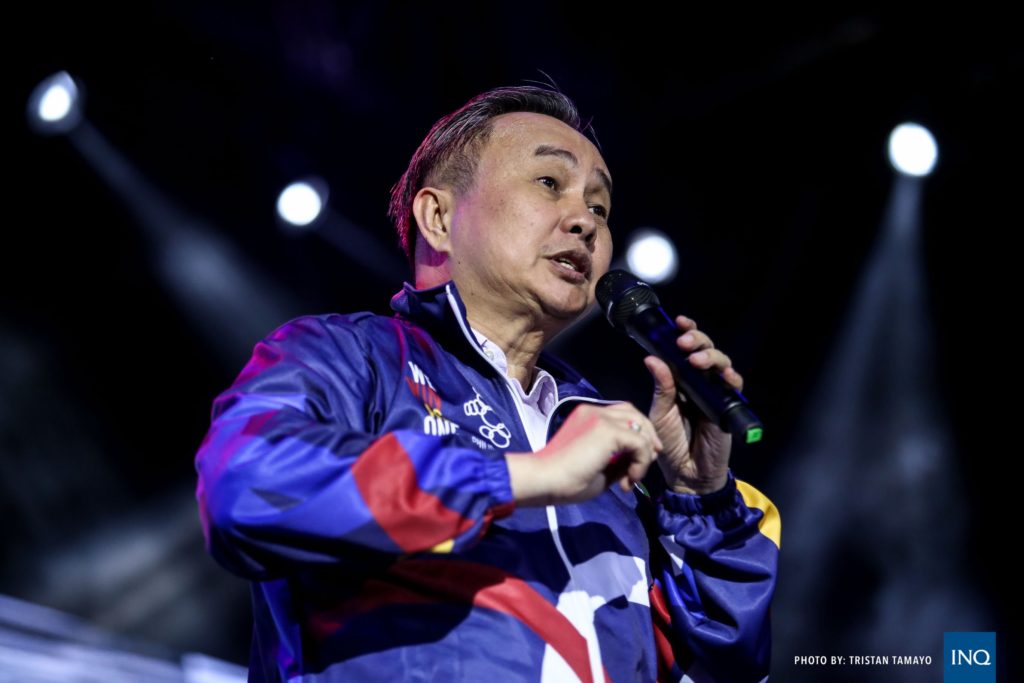 Instead of being consumed by regret, Philippine Olympic Committee president Abraham “Bambol”’ Tolentino sees a silver lining on the possible postponement of the Tokyo Olympics.

“More Filipinos will have more chances to qualify. A postponement would mean more time to train for those who have already qualified and for those who are still trying to qualify,’’ said Tolentino.

For the Cavite representative and PhilCycling president, rescheduling the Games next year would be an ideal timeframe.

“A 2021 schedule is ideal enough. I favor a postponement because the health and safety of everyone in sports—both in the Philippines and all over the world—is paramount in this Covid-19 pandemic,’’ said Tolentino.

Though there is no official word yet from the International Olympic Committee and Japanese organizers, talks are rife that the Games could be delayed by next year due to the global consequences of the Covid-19 disease.

In fact, IOC member Dick Pound already divulged that discussions were made on a possible one-year postponement after Australia and Canada said they will not see action in Japan.

“It’s better to postpone the Games rather than cancel it, so as not to lose our chance for our first gold medal, or the chance to win even more golds,’’ said Tolentino.

Joining Australia and Canada is Great Brittain, which announced it would be unlikely to send a team to Tokyo.

“The POC advises all athletes, coaches, officials and stakeholders to stay safe, stay at home and observe government and health department protocols, so we can defeat this virus,’’ said Tolentino.