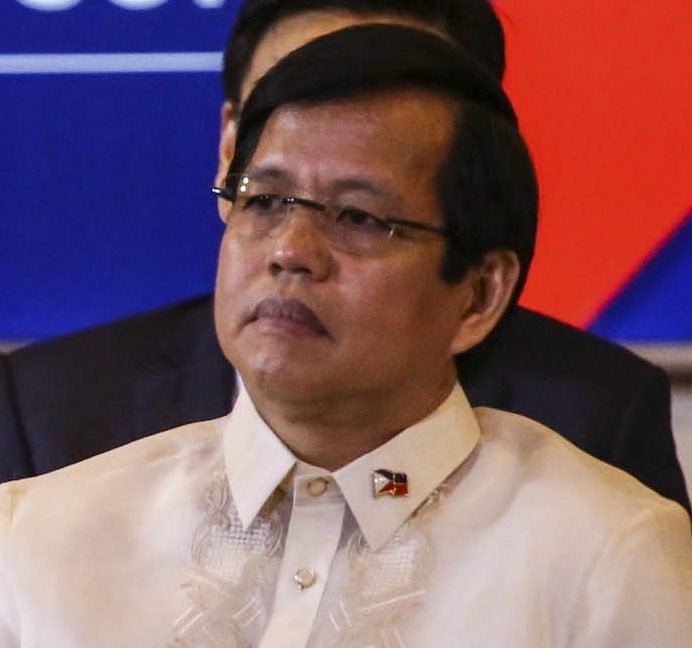 The Department of Social Welfare and Development (DSWD) on Thursday said it had received the first P100 billion of the P200 billion worth of emergency subsidy or cash aid to about 18 million poor families affected by the Luzon quarantine due to the new coronavirus pandemic.

Social Welfare Secretary Rolando Bautista said the money received from the Department of Budget and Management was “good for one month.”

The beneficiaries are to receive subsidies of P5,000 to P8,000 per household monthly for two months.

The first to receive the cash assistance are the 4.2 million beneficiaries of the Pantawid Pamilyang Pilipino Program (4Ps) since they have been verified and do not need to go through additional vetting, Bautista said.

During Thursday’s daily Laging Handa briefing by the government, Bautista also said that contrary to an earlier pronouncement by the DSWD, the social amelioration package would be given entirely in cash and not a combination of cash and food packs.

“If a family receives food packs, the amount of said food pack will not be deducted from their cash benefit,” he said.

But that also means those who will qualify for the social amelioration program will not be prioritized in the food distribution.

DSWD spokesperson Irene Dumlao said the 4Ps beneficiaries would get a “top-up” until they receive the maximum subsidy for their region.

Bautista said the department’s next priority was to identify other people who would qualify to receive aid.

They will include informal economy workers and those directly hit hard by the quarantine such as occasionally hired workers, subcontractors, househelp, drivers of public utility vehicles, tricycles and other means of transportation, micro entrepreneurs, subminimum wage earners, farmers, “no work no pay” workers, and stranded workers.

For these beneficiaries, Bautista said the department was optimistic that its personnel could distribute aid in as early as three days, but they had to be strictly verified if they were qualified.

The local authorities will collect one copy of the SACs and turn over the cards to the DSWD for verification, after which beneficiaries can get aid.

Bautista appealed for patience as it would take time for the department to validate all beneficiaries.

“The President will not neglect you. We know that the DSWD has a big role in this endeavor, but we ask for patience, since there are some things that we cannot control,” Bautista said, without elaborating.

For its part, the Anti-Red Tape Authority (Arta) said it agreed with Villafuerte, and that it was already coordinating with the DSWD to speed up the process.

“We do not want this to be politicized and adding this layer is unnecessary. We are reaching out to the DSWD on these reforms and continue to stand ready to assist however we can to make things efficient,” said Arta Director General Jeremiah Belgica.w

Villafuerte said the DSWD also was requiring beneficiaries to be first be certified and endorsed by the barangay chair and then validated by the municipal or city social welfare office before any amount was to be given to them. This, he said, was prone to politicking and corruption.

“Arta’s mandate is to make sure that government services are delivered in the fastest and most efficient way,” said Belgica in a Viber message relayed to reporters by his chief of staff.

“That is why we agree with Deputy Speaker Villafuerte that to add this layer is unnecessary and burdensome, as well as opens the door to potential politicking and abuse,” Belgica said.

Villafuerte also said the DSWD required SACs to be barcoded instead of simply requiring the local governments to submit standard forms identifying each beneficiary. This could be a problem, especially if the barangay did not have a barcode device or encoder.

Belgica said the Arta, which is now part of the Inter-Agency Task Force on Emerging Infectious Diseases (IATF), was reaching out to the DSWD on these reforms. It is unclear, however, what the newly created agency could do at this point, as the problem of red tape now not only becomes a burden on businesses, but a hurdle to the survival of the poor.

More than a week after the passage of Republic Act No. 11469, or the Bayanihan Law, which legalized the financial aid, there are still no concrete actions on the part of Arta to solve the problem of red tape.

The President said he had ordered the distribution of the financial assistance through the DSWD instead of through the local governments in order to remove patronage politics which had generated “too many complaints.”

“I gave it to Secretary Bautista, all of it, because the DSWD has its own distribution network through the Pantawid,” Mr. Dutere said in a televised message on Wednesday night.

Local officials have ‘no say’

“Do you understand? You have no say in it anymore,” he said, addressing local politicians.

Karlo Nograles, spokesperson for the IATF, said the President did not want politics to mar aid distribution.

The Palace official, however, said local governments could still be deputized by the DSWD in distributing the cash aid.

Also on Thursday, Finance Secretary Carlos Dominguez III said the next tranche of the financial subsidy would be taken from the P175 billion that would come from the cash, funds and investments to be realigned from national government agencies and government-owned and/or -controlled corporations, as mandated under the Bayanihan Law.

The law allowed up to P275 billion in unused money to be spent on COVID-19 response efforts instead of their original purposes approved under the 2020 national budget. —WITH REPORTS FROM JULIE M. AURELIO, ROY STEPHEN C. CANIVEL AND BEN O. DE VERA