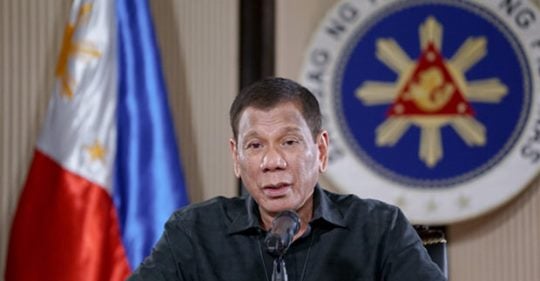 MANILA, Philippines — President Rodrigo Duterte may decide within this weekend or early next week whether or not the Luzon-wide enhanced community quarantine (ECQ) should be extended.

Galvez, also the Presidential Adviser on the Peace Process, said he supports the extension of the ECQ since the curve on cases of the coronavirus disease has not been flattened yet. He noted that deaths continue to increase while the number of recoveries is still low.

According to Galvez, even health experts he spoke with agree that the ECQ should be extended to sustain the gains it has brought in the government’s drive against the pandemic.

The ECQ in the country’s most populous island is set to end on midnight of April 13. It took effect on March 17 in a bid to help curb the spread of the disease, which as of Sunday had infected 3,246 individuals and left 152 people dead. A total of 64 patients have also recovered.

In an earlier radio interview on Saturday, Galvez said that there is a big possibility that the quarantine period will be extended for 15 to 20 days.

He added that a mass testing scheduled to start on April 14 will prioritize patients under investigation and persons under monitoring. Areas with “major affectations” including Quezon City, Manila, and Davao will be prioritized.

He noted that the cities of Zamboanga, Cotabato and Marawi in the country’s south have a “splattered concentration” of COVID-19 cases.

Currently, the country has nine testing sites in the country. The government aims to double this number this week, according to Galvez.

Read Next
DoH Eastern Visayas: 51-year-old PUI who died in Tacloban not a confirmed Covid-19 case