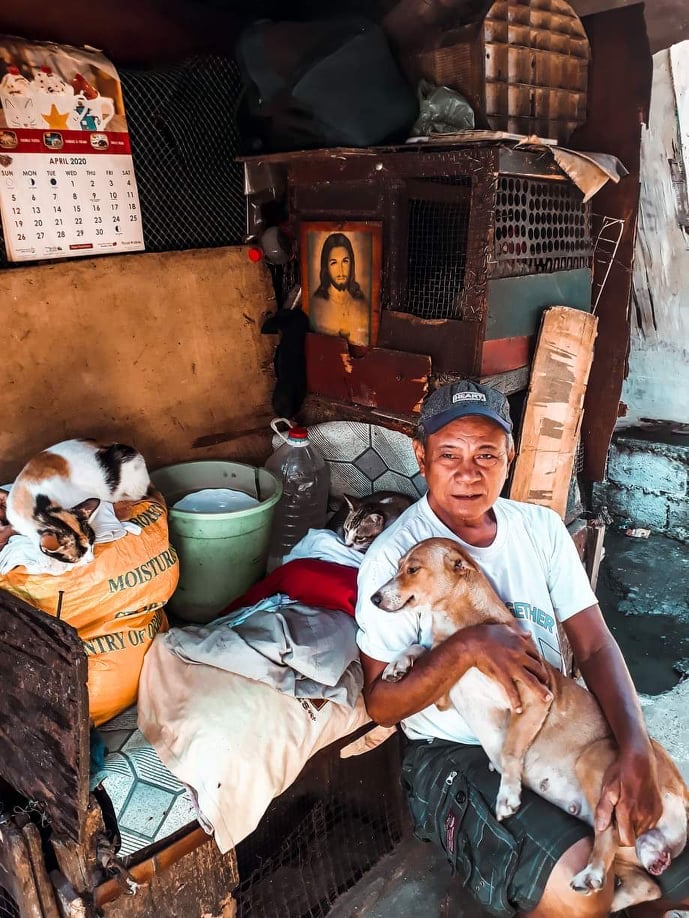 He is the security guard from Cebu City who loves to feed stray dogs in Banawa, Barangay Guadalupe.

But Tatay Fidel is in some sort of dilemma right now as he is unable to feed his “pets” nowadays as he lives in the locked down Sitio Zapatera in Barangay Luz here.

CDN Digital learned about this through Gretel Eleazar, founder of Saving Strays Cebu.

Eleazar told CDN Digital that they were able to send some relief goods to Tatay Fidel on Sunday, April 19, 2020 with the help of some doctors who volunteered to carry the goods from Eleazar’s home in Mandaue to bring it here and have it delivered using a delivery application to Tatay Fidel’s home in Barangay Luz.

Although happy with the donations he has received, Eleazar was touched when Tatay Fidel told her that he was also worried about the stray dogs in Guadalupe who are waiting to be fed.

(He worries about the stray dogs because they might not have anything to eat and they might be impounded.)

Tatay Fidel, who has been a security guard for ten years in a warehouse in the city, has been feeding dogs around Cebu, specifically those in Happy Valley, Banawa, Barangay Guadalupe, because he feels like the dogs need him. He also finds joy in feeding these strays every day with his budget of P100.

Although the dilemma is quite worrisome, Eleazar is focusing first on Tatay Fidel and his wife Dina, who live with seven dogs and eight cats in their small home in Barangay Luz. 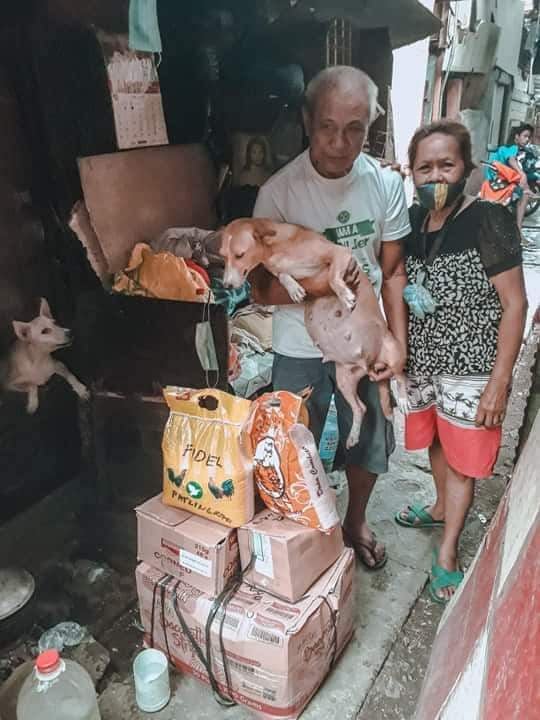 Tatay Fidel carrying one of his dogs with his wife Nanay Dina. Photo from: Photo from: Saving Strays Cebu Facebook page.

(We still accept any kind of help for Tatay Fidel but he said that they need charcoal and some firewood because this is what they use in cooking so maybe this is what we can give to Tatay Fidel.)

Those willing to extend their help to the stray dog-loving Tatay Fidel, they can message Saving Strays Cebu.

After all, it might be the time to give back to this selfless man who cares so much for stray dogs. /bmjo