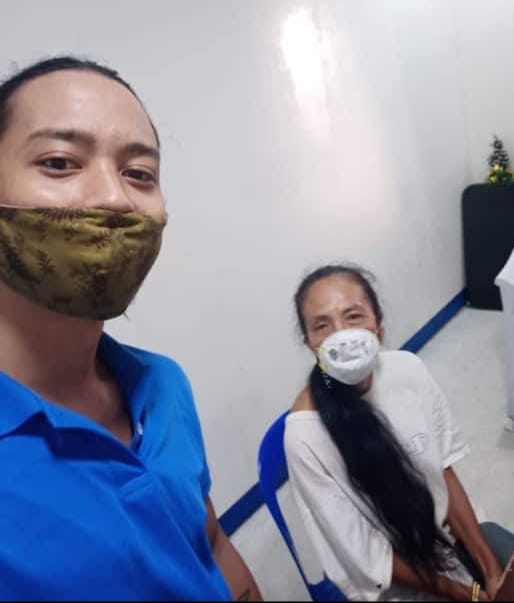 CEBU CITY, Philippines -While they condemned her warrantless arrest, civic organizations in Cebu and in other parts of the country are calling for the immediate release of Cebuana entrepreneur and film writer Ma. Victoria ‘Bambi’ Beltran.

They also rallied to have the artist released from the custody of the Police Regional Office in Central Visayas (PRO – 7) citing statements from Beltran’s camp that her arrest was without any legal basis.

Labella was referring to a Facebook post that Beltran made alleging that over 9,000 residents in Sitio Zapatera in Barangay Luz, Cebu City have already been infected with the coronavirus disease 2019 (COVID-19).

However, Beltran’s legal counsel Vincente Isles and DAKILA, a group of writers where she is a member of, said the post was of satirical nature and was not intended to sow public confusion and panic.

“This statement (which Beltran posted on social media) echoed reports from local news that health officials from DOH Central Visayas considered the whole sitio with a population of 9,000 as infected or presumed contaminated,” DAKILA said.

Both MAT – Cebu and DAKILA also called for local government officials to direct their focus on responding to the pandemic that has infected 165 individuals in Cebu City as of April 19, 2020.

“What we need is an efficient government willing and able to address the medical and socio-economic needs of its constituents, not a leviathan very eager to maintain its posture to the extent of persecuting ordinary citizens,” MAT- Cebu said.

The groups also share the observation that Beltran’s arrest was an attack and a threat to freedom of speech and expression.

“This targeting and arrest is a vicious attack on freedom of expression amidst the continuing failure of the national and local governments to ensure expanded and systematic mass testing and a comprehensive public information drive on the pandemic,” the Concerned Artists of the Philippines stated.

High profile lawyer Benjamin Militar, who is part of Beltran’s legal counsel, said they found out that police arrested their client without any accompanying warrant and that no legal basis was cited.