PRO-7 chief says this is a warning for policemen, who are involved in illegal activities 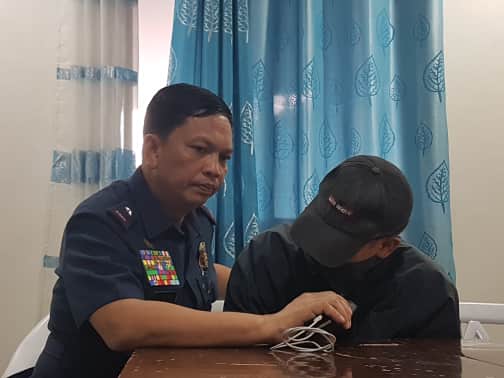 Despite the hectic schedule in relation to the enhanced community quarantine (ECQ), Ferro said the administration was also keeping track of the cases especially those committed by the police.

According to Ferro, the dismissal from service order of Miranda would serve as a warning to those policemen who were involved in any illegal activities or doing activities that might tarnish the name of the Philippine National Police (PNP).

“That’s what we want for those that are badlongon nga mga police — we dismiss them so that we will maintain the discipline and professionalism of our police force,” said Ferro.

In previous reports, Miranda was arrested last March 5, after he was caught housing female inmates in his own office.

When the dismissal order of Miranda will be official, he will no longer receive any benefits from the police organization.

Read more: CPPO chief on Argao chief’s case: No one is above the law

With the signing of the order, Ferro said Miranda could still file a motion for reconsideration within 15 days.

However, Ferro said that they were doubtful of any reasonable grounds that might come from Miranda as until now, the appropriate explanation on why an inmate was taken out from prison was not given any justification.

“He can’t explain it himself,” said Ferro./dbs

Read Next
DOH-7: COVID-19 inmate from Cebu City has TB