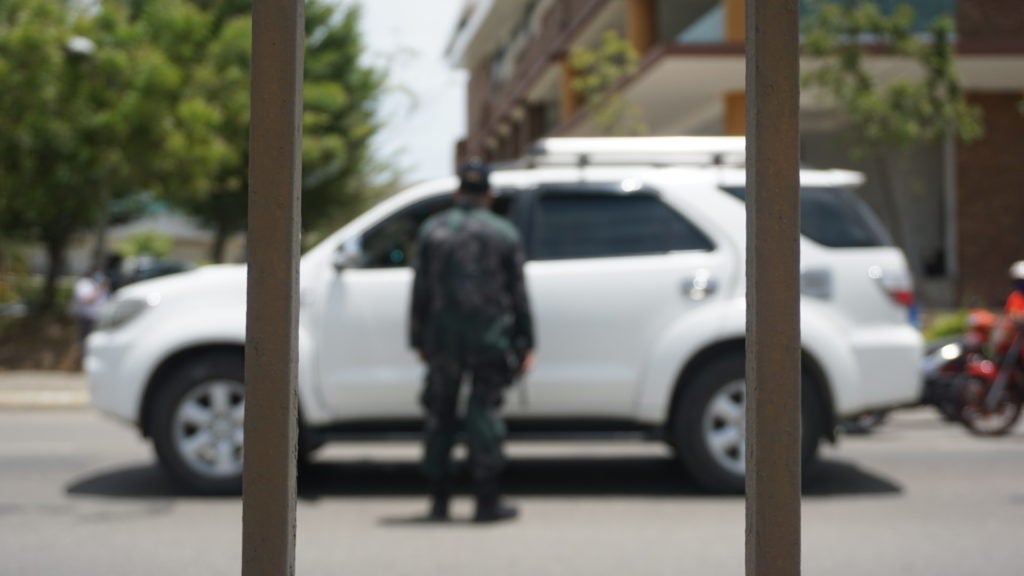 A police officer checks on a driver of a vehicle at the boundary of Talisay City and Cebu City at the Cebu South Coastal Road during the implementation of the enhanced community quarantine in this March 28, 2020 photo.

CEBU CITY, Philippines — Traffic congestion is expected at the border of Cebu City and Talisay City at the Cebu South Coastal Road (CSCR) now that the one entrance policy is officially implemented.

The new scheme implemented on Tuesday, April 21, 2020, means that only CSCR will be used for vehicles coming from the south who wish to enter Cebu City and vice versa.

The checkpoint at the border is located near the bridge at the SRP that is also close to a private cemetery.

Prior to the implementation of the new scheme, vehicles could pass through barangays Bulacao, Manipis, Campo 4, and Candulawan.

With this, police in Talisay City is asking the public to practice some patience since traffic congestion is expected at the CSCR boundary.

“We are expecting traffic congestion but we don’t have any other option,” said Police Major Gerard Ace Pelare, chief of Talisay City Police.

Pelare is asking for understanding since he said this measure is implemented for the public’s safety.

Pelare did say, though, that they are doing the best to lessen the chances of congestion in the checkpoint area. One of the solution is dividing the lanes into three, one for motorcycles, one for cargo vehicles, and one for ambulances and private vehicles.

Pelare is also asking the public not to force their entry in former entry points.

Pelare said that police personnel are assigned in these areas and will be apprehending those who will force their entry. /bmjo