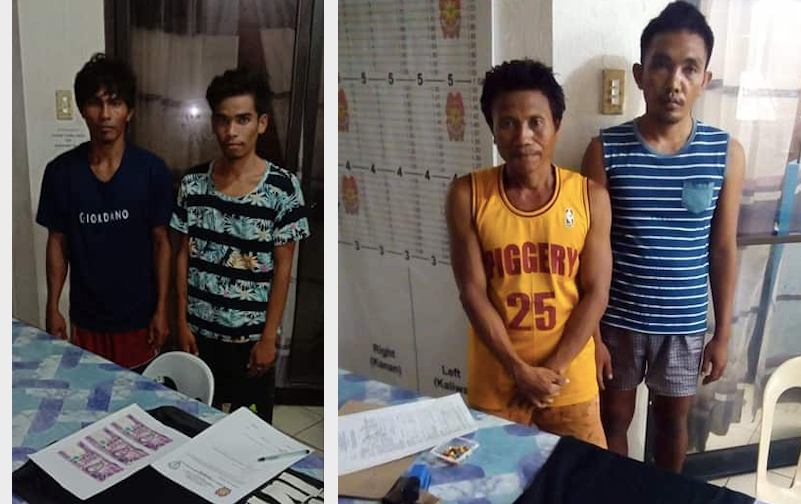 The first to fall were Gregorio Premacio and Salmer Piamonte, both of legal age and residents of Barangay Catarman here.

The police team of Cordova Police Station led by its Station Commander Police Lieutenant Jan Ace Elcid Layug conducted the buy-bust operation after receiving a tip from a concerned citizen.

Police made their move when the suspects docked their motorbanca in Sitio Camolinas in Barangay Poblacion.

The second drug operation was conducted around 10:30 p.m. during a follow-up operation at the same area.

This resulted to the arrest of suspected drug dealers identified as Jacky Inoc, 23, residing in Barangay Poblacion and his cohort Jun Jun Imperial, 25, of Clarin, Bohol, a motorbaca operator.

Lieutenant Layug said their supply of illegal drugs were from Pasil, Cebu City and transported to Cordova via a motorbanca.

Aside from drug charges, the four arrested persons will also be facing charges of violation of the curfew ordinance of the Enhanced Community Quarantine since all didn’t have quarantine passes. /bmjo