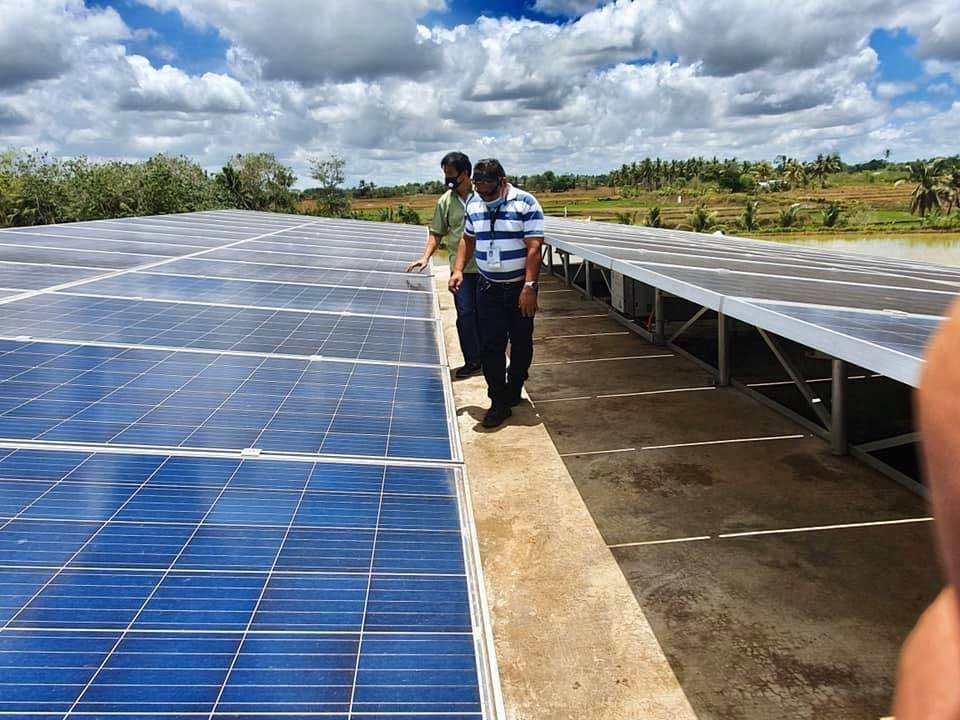 The newly installed solar-powered irrigation system, a project of the Department of Agriculture, bolsters the efforts of farmers in Carmen, Bohol who are now planting their riceland amid the enhanced community quarantine. | DA-7 photos

Salvador Diputado, region al executive director of the Department of Agriculture (DA) in Central Visayas, made the disclosure in a news release posted on the DA-7 Facebook page.

With the SPIS, rice farmers could achieve three harvests of palay in a year, unlike the pre-SPIS days of only two harvests, he pointed out.

“The farmers are no longer dependent on rain,” Diputado said.

During the inspection, he observed that farmers have already started planting rice using the water supplied through the SPIS.

“The newly-installed SPIS can benefit 15 hectares of riceland,” Diputado explained. He added that the SPIS in Carmen is the second fully functioning irrigation system in Bohol that is energized by solar power.

The said project will ensure that the production of the Filipino staple food continues, especially in this time of health crisis.