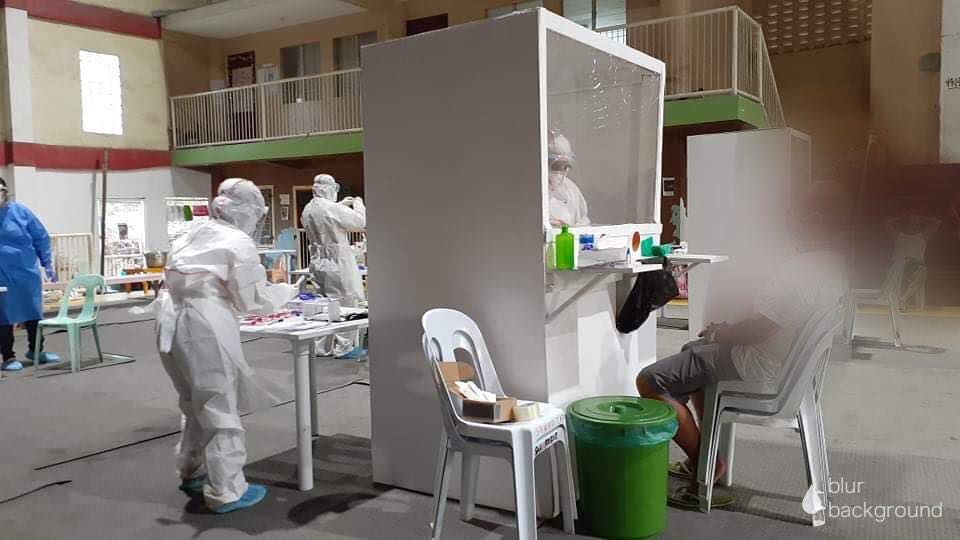 CEBU CITY, Philippines — Policemen securing the borders in the neighboring cities of Talisay and Cebu and asking residents of the two localities not to allow their relatives and friends to borrow their quarantine passes.

Lending quarantine passes to allow border access contributes to the spread of the infection.

This was proven by the second COVID-19 patient (PT2) from Barangay San Roque in Talisay City who was believed to have gotten her infection when she visited her family in Barangay Inayawan in Cebu City on April 18. Barangay Inayawan serves as the boundary between the two neighboring localities.

In a Facebook post this morning, May 2, 2020, Talisay City Mayor Gerald Anthony Gullas said they are now trying to regulate unauthorized cross border travels with the implementation of the “One Entrance, One Exit Only” policy starting on April 21.

Without having to point a finger on how and why PT2, who is also a vendor at the Inawayan Public Market, was allowed to cross the borders of the two localities, Inayawan residents who live near the borders have started to implement security measures to protect their respective places from “intrusion.”

Residents of V.H. Garces Street, for example, have installed barricades at the entrances of their villages and subdivisions.  Only residents are allowed to get through these barricades.

In Talisay City, Gullas said they already isolated PT2  while 16 individuals who came in contact with her were also subjected to swab testing on Friday.  Swab testing will continue for her neighbors today.

While they wait for the test results, “we have locked down the area where the apartment complex (where she lives) is located. Not the whole Brgy,” the mayor added.

Gullas admitted that he had been getting several inquiries on how and why PT2 was allowed to cross borders.

“After intelligence gathering, we found out that she holds a QP pass in Talisay kay nag abang man cya ug balay sa San Roque. She also holds an ID from barangay Inayawan Kay namaligya man cya sa Mercado didto Inayawan. So that’s why she was able to cross borders pag April 18. But she wasn’t able to cross anymore after we implemented one exit one entrance in Talisay last April 21,” he said.

On April 18, the borders of the two cities were located in Sitios Laray, Inayawan and Laray in San Roque.  Residents from the two sitios use V.H. Garces Street to get to other parts of Cebu City.

Residents of Sitio Laray in Barangay Inayawan that were trapped inside the Talisay City police checkpoint were issued with a special certification by the Inayawan Barangay Hall which they used to access the guarded borders.

On April 21 and together with the implementation of the “One Entrance, One Exit Only” policy, Talisay City moved its police checkpoint at least 500 meters into Barangay San Roque.

With this, at least a half-kilometer stretch of V.H. Garces became a neutral ground where residents coming from both sitios are able to intermingle. / dcb

Read Next
Basic troubleshooting steps for your gadgets